Awards and Recommendations for Lewis Kett 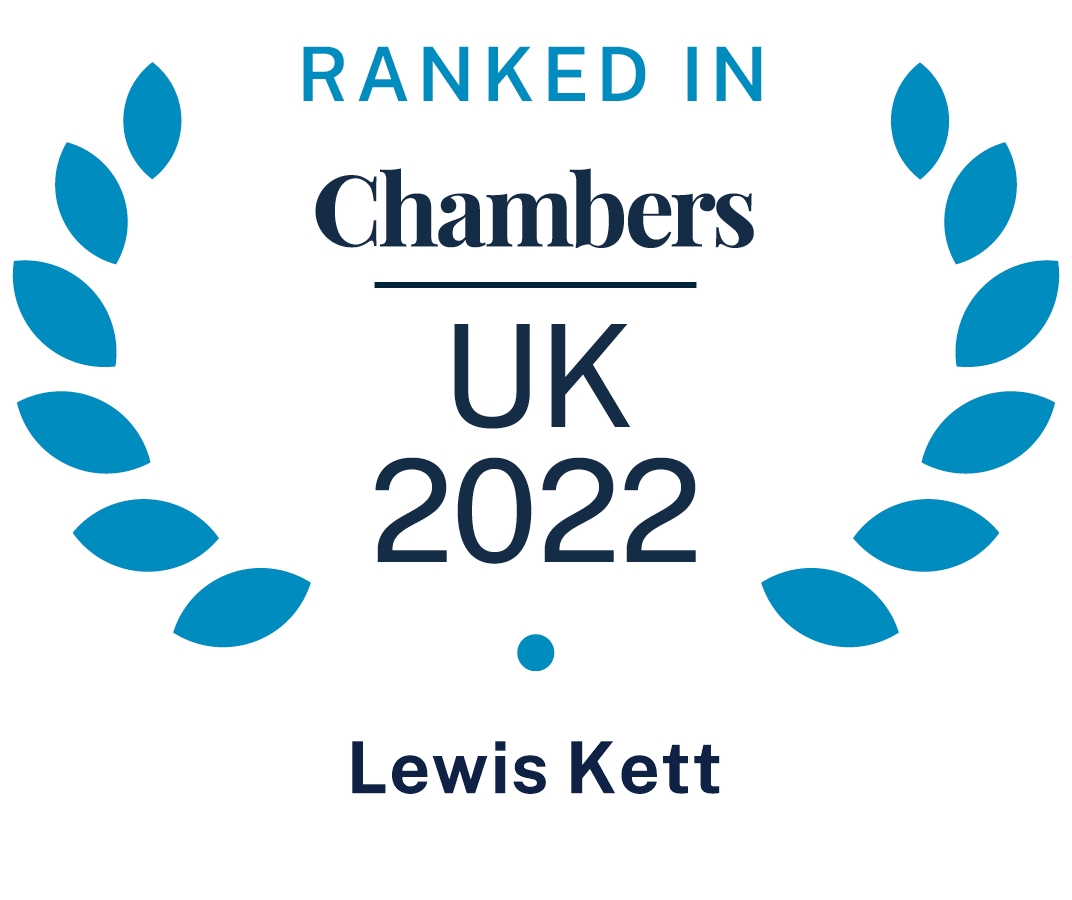 Ranked as an 'Associate to Watch' they comment: "Lewis Kett continues to develop an impressive reputation in the field of immigration and frequently handles complex human rights, EU law and detention matters. 'He is meticulous in his work, efficient and hard-working.'"

"Lewis Kett continues to develop an impressive reputation in the field of immigration and frequently handles complex human rights, EU law and detention matters. He is very good - methodical and keen on detail. He is fantastic."

Lewis is a Recommended Lawyer in the 2020 edition of The Legal 500.

Lewis is a Recommended Lawyer in the 2020 edition of The Legal 500.

Lewis Kett is a Recommended Lawyer in The Legal 500, 2019 edition

Legal 500 2019 Edition.
Civil Liberties and Human Rights / London
I am a Solicitor in the Public Law and Immigration departments at Duncan Lewis Solicitors. I have extensive experience in a wide range of judicial review challenges, with a particular interest in refugee law and immigration detention.

My most recent work has been heavily based around challenges to both the lawfulness and conditions of immigration detention, including: I was also heavily involved in litigation in 2015/16 challenging removals to Afghanistan on the basis of the continued deteriorating country situation. The challenge led to a number of unprecedented orders preventing mass removals to the country by way of charter flights. The Home Office subsequently suspended using charter flights to Afghanistan following the litigation.

I recently won the Legal Aid Newcomer Award at the 2018 LALY Awards. I have twice been a finalist at the Law Society Excellence Awards (2017 - Junior Lawyer of the Year, Highly Commended, and 2019 - Human Rights Law, Shortlisted). Additionally, I am a Recommended Lawyer in the 2020 and 2019 editions of The Legal 500 for my work in the Civil Liberties and Human Rights category.

In April 2016, I became the first trainee solicitor to be awarded the Times Lawyer of the Week for my work in obtaining refugee status for a former Afghan military interpreter who worked for the US army in Afghanistan for over seven years. As a result of the case, the Home Office subsequently updated their Afghan country guidance to specifically recognise interpreters as a particular risk category.

I am accredited as a Level 2 Supervisor under the Law Society’s Immigration and Asylum Accreditation Scheme, leading my own mini-team within the firm’s Public Law department in Harrow.

Testimonies from barristers from leading Chambers "I am a public law and human rights barrister with considerable experience...I have recently been instructed by Lewis for the first time in a very important case challenging the removal of immigration detainees from association...Lewis' commitment to the client in question has been extraordinary...he battled with the Legal Aid Agency to get funding...and more impressively, he has been assiduous in seeking to gather evidence. He has shown a high level of skill for a junior lawyer." "I have worked with Lewis Kett on a number of immigration detention cases...In Medical Justice and others v SSHD, and other immigration cases, Lewis has worked with drive, commitment, and attention to detail. His public law work in the field of immigration and asylum will have a wide-ranging and meaningful impact on an extremely vulnerable and hidden group within our society.” “I have been working with Lewis on a complex case involving the use of segregation in immigration detention. I have consistently found him to be well organised, prompt in his responses, proactive in following up on action points, helpful in response to questions, and receptive to feedback and suggestions. He gives the impression of being on top of the outstanding issues in the case at any given time – even where these are many and varied – and is unfailingly polite and cheerful under pressure. He has been a pleasure to work with.” “Lewis has an authority and maturity that is beyond his years. Lewis has an astute legal mind and develops adroit litigation strategies...His immaculate preparation of cases inspires confidence in both his clients and the Court, an immeasurable asset when pursuing important but difficult points pushing at the boundaries of the law. Lewis is an extremely impressive young lawyer, with a practice that reflects his exceptional ability but belies his years.”