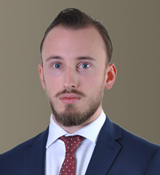 Nicholas Hughes and Lewis Kett have recently returned from a visit to a refugee centre for unaccompanied minors in Germany, where they are helping to reunite a vulnerable Afghan child with his surviving family in the UK. This is in relation to a legal challenge against the UK Government for failing to accept responsibility on an expedited basis for the asylum application of the unaccompanied child, as per the Dublin III Regulation. The Home Office’s refusal to act means that the unaccompanied child will be stuck in Germany for many months, increasing the mental anguish suffered as a result of the journey to Europe and the separation from his family.

By way of a brief background, this case concerns a minor from Afghanistan who fled with his family to Europe. On the journey over, he was separated from his parents in a mad scramble for the rubber dinghies to take them across from Turkey to Greece. The minor arrived in Greece; his family did not. It has been 10 months since anyone has heard from them. Having made his way alone to Germany, he managed to contact his only surviving family member, who lives in the UK. They are desperate to be reunited after 10 incredibly traumatic months.

Whilst in Germany, Lewis and Nicholas met with the client, social workers and the legal guardian for the unaccompanied minor, as well as with Non-Governmental Organisations, including Amnesty International. Work is continuing on this matter in the UK, with regular communication with key individuals in Germany. In cases such as this, international cooperation is essential.

The Dublin III Regulation is the mechanism through which asylum applications made in the EU are governed. This Regulation states that an individual must claim asylum in the first safe country they enter. However, Dublin III also contains provisions which states that where a child has a family member lawfully present in another Member State, then this country should “Take Charge” of the asylum application. In practice, however, this rarely happens. Despite the commitment of the UK Government to relocate a number of unaccompanied asylum seeking children “as soon as possible”, very few have arrived under this scheme.

The number of vulnerable unaccompanied children in need of protection is staggering. Nearly half of all refugees are children. A recent report by UNICEF shows that child refugee figures have jumped by 75% to 8 million. These children are at high risk of human smuggling, trafficking, and other forms of abuse.

Today, 1 in every 200 children worldwide are refugees . Duncan Lewis are already involved in vital work helping to reunite refugee children in the Calais Jungle with family members in the UK. This problem is not limited to Calais, however. Many have lost family members, either in their country of origin or on the perilous journey to Europe. Many also will have family in the UK, and so Duncan Lewis are working to help reunite these children with their families as swiftly and effectively as possible.

Lewis Kett is a solicitor in the Public Law Department, He regularly deals with challenging unlawful decisions of the UK Government, with a particular interest in refuge law and immigration detention. In April 2016, he was the first trainee solicitor to be named the Times ‘Lawyer of the Week’ for his work in obtaining refugee status for a former Afghan interpreter who the UK had attempted to remove to Afghanistan.

About the author: Nicholas Hughes

Nicholas is the Caseworker for this matter within the Public Law Department. Nicholas is accredited under the Immigration & Asylum Accreditation Scheme as a Level 2 Senior Caseworker, with experience in asylum, Judicial Review matters and Third Country challenges under the Dublin III Regulation.