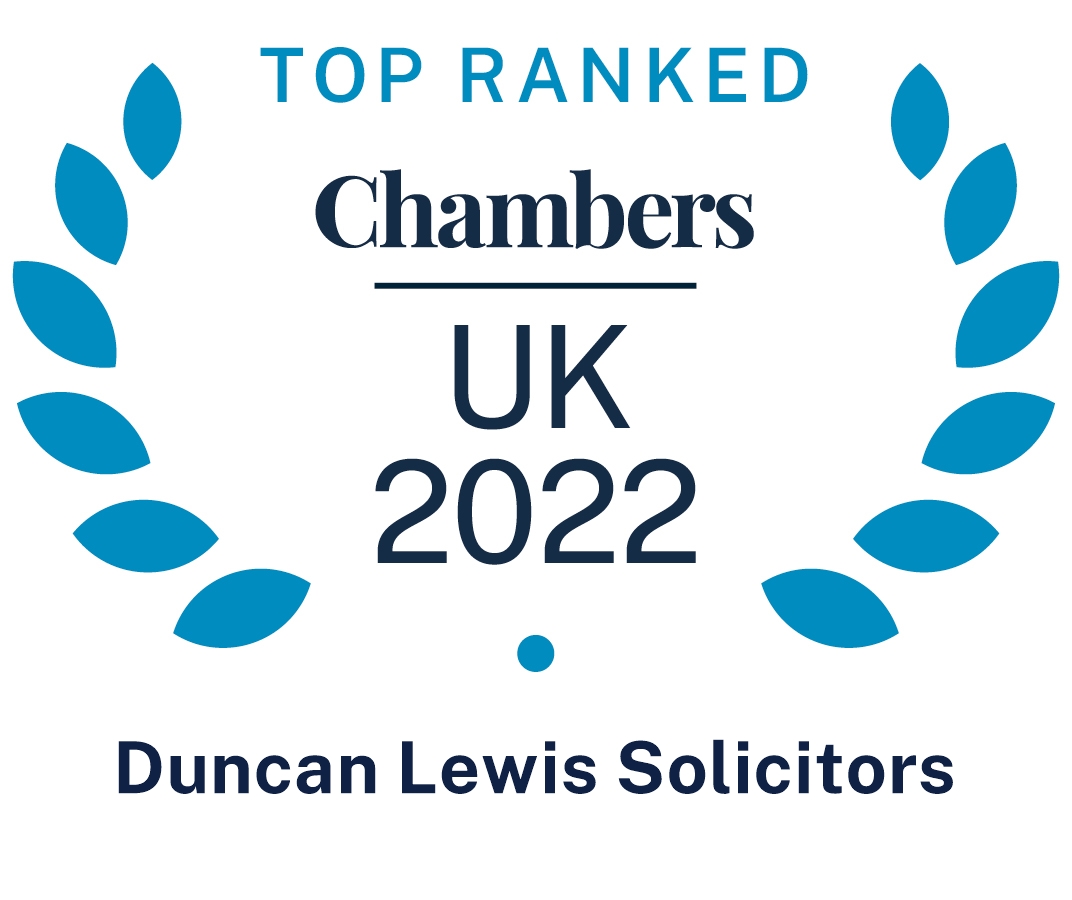 "Particularly well known for its work on behalf of legal aid clients, including vulnerable individuals such as LGBT+ asylum seekers and those with mental health conditions. Active across the spectrum of human rights-related immigration cases, including unlawful detention challenges and leave to remain applications. Routinely appears before the higher domestic courts, including the Court of Appeal and Supreme Court."

"They are very involved in broad strategic challenges, particularly regarding immigration detention. They are very creative and keen to think outside the box."

“The immigration team at Duncan Lewis Solicitors is well-regarded for its work in asylum, human rights and nationality law. Public law director Toufique Hossain has extensive experience representing asylum seekers, many of whom are vulnerable clients. The practice has a strong track record of acting for victims of modern slavery, trafficking, torture, and domestic violence and for unaccompanied asylum-seeking minors. Other key areas of work include ECHR cases and cases involving civil liberties.”

Duncan Lewis Solicitors is ‘one of the leading firms in the field of immigration’ and has achieved success in several Supreme Court, High Court, Court of Appeal and Upper Tribunal cases.

Praised for our depth in experience and commitment to Human Rights by Legal 500 2015 and 2014 editions, we are specialist civil liberties practitioners covering a number of areas of law including Immigration, Public Law, Community Care, Welfare Benefit, Childcare, Family, Housing and Crime. Our team of lawyers transcends a number of these key legal departments to ensure an effective and consistent multidisciplinary approach to our representation. We have extensive experience challenging human rights violations for victims of torture, trafficking, domestic violence and unaccompanied minors. A number of our clients are often very vulnerable with illnesses and/or severe mental health conditions.

Civil liberties are those freedoms and protections explicitly granted by our domestic law – such as the Data Protection Act, the Equality Act etc. Although Public bodies in the United Kingdom are naturally expected to act in accordance with domestic law, Duncan Lewis are ready to assist you if, as happens occasionally things do go wrong that require legal action.

Human rights law fills the gap between those explicit protections and the rights of individuals set out in the articles of the European Convention on Human Rights. Some of these articles, such as article 3 - the right to protection against ‘inhumane or degrading treatment’ are absolute and no breach of the right can be lawful. For other articles, such as article 8 - the right to ‘respect for private and family life’, the right is qualified, and breaches of the right may be lawful in some cases but not in others. If a decision is in accordance with domestic law, but interferes with a qualified right, then the interests of the individuals affected are weighed against those of society at large.

Unfortunately, British authorities often interpret human rights in an unduly restrictive manner, and it is frequently necessary to bring a legal challenge to secure those rights, and sometimes to secure compensation for breach of those rights.

Human rights are protected in law in a variety of ways:

For all Civil Liberties and Human Rights related matters contact us online now.Contact Us
Call us now on 033 3772 0409 or click here to send online enquiry.