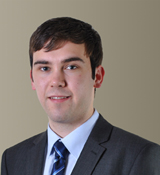 The High Court has ordered the Home Office to temporarily suspend the use of a restricted definition of torture in their new policy on immigration detention, following an application for interim relief by Duncan Lewis Solicitors.

In September 2016, the Home Office introduced a new policy, ‘Adults at risk in immigration detention’. The policy arose following a highly critical review by Stephen Shaw of the welfare to vulnerable persons in immigration detention. The Home Office claimed the ‘Adults at risk’ policy would ensure that a wider range of persons would be properly identified as vulnerable and therefore unsuitable to be detained. However, the policy sought to use a more restrictive definition of torture so that only detainees tortured by or on behalf of state authorities would be considered for release.

The application for interim relief, heard by Ouseley J on Monday 21 November 2016, follows a legal challenge brought by Duncan Lewis Solicitors on behalf of five Claimants. Each Claimant had their detention maintained by the Home Office on the basis that they were not victims of torture under the new restrictive definition.

Submissions were made to the court of how this restrictive definition had failed to protect vulnerable detainees who had suffered a history of ill-treatment but could not meet the Home Office’s new definition of torture. Examples given to the Court included an Afghan male kidnapped and tortured by the Taliban for refusing to join them, a Nigerian male beaten up and knifed by a gang because of his homosexuality, and a Vietnamese female who was beaten and tortured twice by loan sharks trying to obtain a financial debt owed by her parents.

The full hearing to challenge to the policy is due to be heard by the High Court in March 2017, where it is hoped the Court will agree to permanently suspend the restrictive definition of torture. The five Claimants represented by Duncan Lewis will proceed as lead cases in the challenge to the policy, alongside the charity, Medical Justice, who are being represented by Bhatt Murphy Solicitors and who have also sought to challenge the policy on similar grounds.

In the meantime however, Ouseley J has ordered that the Home Office should revert to applying their original definition of torture when applying their new policy, which does not distinguish between whether the perpetrator was a state or non-state actor (allowing the focus to be on the harm to the detainee).

The suspension of the restricted definition of torture could potentially affect hundreds of immigration detainees between now and the hearing in March, and may lead to many of the most vulnerable detainees being released. The Home Office had already confirmed prior to the hearing that they were reviewing approximately 340 cases in which they had accepted Home Office caseworkers may not have been properly applying the new ‘Adults at risk’ policy. A further review is now expected in light of this significant interim change to the policy.

Author Lewis Kett is a Solicitor in the Public Law team. He regularly deals with challenging unlawful decisions of the UK government, with a particular interest in refugee law and immigration detention. In April 2016, he was the first trainee solicitor to be named the Times ‘Lawyer of the Week’ for his work in obtaining refugee status for a former Afghan interpreter who the UK had attempted to remove to Afghanistan.

Duncan Lewis’ Public Law department, recommended by Legal 500 2016 for its depth of experience in immigration and civil liberties challenges, is now well established and known by the Legal Aid Agency, the Courts, and the Treasury Solicitor. This enables us to quickly and effectively obtain funding, manage cases with the Court (get quick listings, direct access to Court lawyers) and communicate effectively with team leaders at Treasury Solicitors.