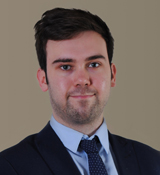 Three Duncan Lewis clients have been granted permission by the High Court to challenge the conditions and regime they were held in at Brook House immigration removal centre (IRC), a centre for immigration detainees but designed to Category B prison standards. These conditions include locking detainees in their cells for up to 13 hours overnight in conditions the Claimants say are unsanitary, poorly ventilated and which breach their rights to observe their religion.

The claims follow on from the successful judgment of R (Hussein & Rahman) v SSHD [2018] EWHC 213 which found that the use of the lock-in regime amounted to indirect discrimination against two Muslim detainees (also represented by Duncan Lewis) in that it forced them to practice Islam by praying next to unscreened toilets in unsanitary and overcrowded conditions. Following that judgment the Home Office were forced to complete an impact equality assessment where they held that although the regime could disproportionately impact Muslim detainees, it was justified on the basis of the operational need to maintain a safe and quiet centre throughout the night.

This second cohort of Claimants has argued that the discriminatory impact on practising their religion is not justified and is in breach of their human rights and the Equality Act 2010. In addition, the Claimants have been granted permission to argue that the lock-in regime itself has no lawful basis and/or is contrary to the Detention Centre Rules and the need for IRCs to provide human accommodation in a relaxed regime with as much freedom of movement and association as possible. They have also been granted permission to argue that the conditions of their cells interfere with their dignity and create conditions of detention that are unduly harsh in breach of their human rights, given the lack of adequately and effectively screened toilets, use of shared cells, lack of open windows and poor ventilation, and the failure to ensure that cells and toilets were properly cleaned.

Brook House IRC, run by the private contractor G4S, has been the subject of serious criticism over the past 18 months. The Prisons and Probation Ombudsman (PPO) have recently been instructed to undertake a special investigation following a September 2017 BBC Panorama documentary which showed serious abuse and mistreatment of detainees by staff, which included a detainee being strangled by a detention officer. Recent reports by Stephen Shaw and Kate Lampard have both revealed serious and systemic failings in how the centre is run, which includes chronic under-staffing and under-resourcing by G4S and concerns about the effectiveness of the Home Office’s oversight mechanisms. G4S also recently pleaded guilty to criminal charges after failing to implement a smoking ban that resulted from the Hussein and Rahman judgment.

The claim is likely to be heard by the High Court later in the year. The Claimants legal team consist of lead solicitor Lewis Kett, assisted by Jamie Bell, Marie Nedelec, Lottie Hume and all of the Harrow Public Law Department. They have instructed Stephanie Harrison QC, Raza Halim and David Sellwood of Garden Court Chambers.

The Duncan Lewis Public Law department continues to be recommended by The Legal 500 with the 2019 edition reporting its 'strong presence in this area of the law, making a particularly dominant contribution in immigration, asylum and prison law.'