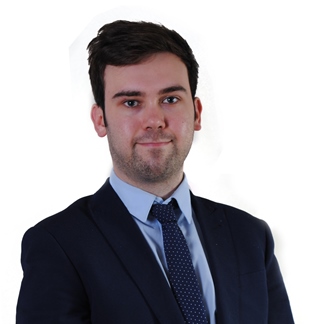 We are pleased to announce that public law solicitor Lewis Kett has been shortlisted for the Rising Star – Private Practice Award at this year’s British Legal Awards. The British Legal Awards are the leading awards for the UK’s business law community and celebrate excellence, achievement, and innovation in the legal profession.

The Rising Star Award looks to recognise and celebrate the future legal stars that demonstrate significant leadership, strategic vision, and have contributed to both the wider community and to the success of their firm.

Lewis demonstrates the above and more time and time again, his commitment to vulnerable clients is unwavering and has resulted in his tackling of a number of high-profile and often controversial matters that have attracted widespread attention from the media, the public, and the legal profession.

This commitment is perhaps most evident in his judicial review to challenge the Home Office’s failure to implement a public inquiry into the abuse of detainees by detention staff at Brook House IRC which was exposed by BBC Panorama. The Home Office eventually backed down and agreed to launch an investigation – the first of its kind in over 13 years – through the Prisons and Probation Ombudsman (PPO). Lewis now actively continues the challenge in order to ensure that the PPO has the necessary powers to establish the root cause of the abuse and guarantee that such outrages do not occur again in the future.

He is also the lead solicitor in a successful challenge to the conditions and the lock-in regime at Brook House. Following the Home Office’s failure to implement a smoking ban in immigration removal centres after the High Court held that a ban should be implemented to consider the rights of Muslim detainees; Lewis was instrumental in ensuring that Crawley Council brought criminal proceedings against the Home Office in one of the first successful prosecutions of its kind.

Based in the Harrow office, Lewis works under the supervision of public law director Toufique Hossain, who strongly supports Lewis’ shortlisting commenting;

“He is very much a rising star but in many respects he is already shining brightly within the immigration and public law fields and is now identifying and running some of the biggest and most important cases around.”

The 2019 British Legal Awards will take place on the 21st November at The Ballroom Southbank in London and is expected to host around 800 of the most talented within the UK legal community.


We want to congratulate Lewis on his deserved shortlisting and wish him the best of luck on the night.