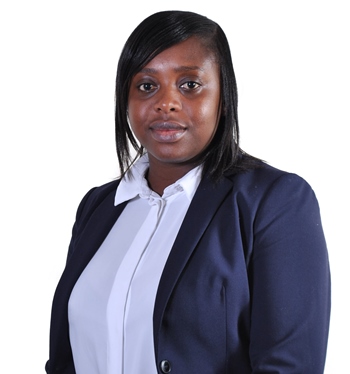 Gina Sarfo, of our Dalston immigration department, has successfully obtained a grant of permission in Judicial Review proceedings against the Secretary of State for the Home Department’s (SSHD) irrational negative Reasonable Grounds decision and the proposed removal of the Claimant from the UK.

History of the Case

The Claimant, a vulnerable woman who had been forced to act as a drugs mule for an organised criminal gang, had been failed by the SSHD on more than one occasion. This is due to the inadequacies and misapplication of the SSHD’s own policies for vulnerable clients in detention.

Despite the Claimant’s history of modern slavery, she was held in Yarl’s Wood Immigration Removal Centre (IRC) pending removal by the SSHD. An interim injunction was obtained to stop the Claimant’s removal from the UK and she was subsequently released from Yarl’s Wood IRC, following more than 8 months in detention.

The initial Reasonable Grounds decision of the SSHD was negative, meaning the SSHD did not accept to the lower standard of proof stating “I suspect, but cannot prove,” that she is a victim of modern slavery. We challenged the decision by way of Judicial Review - the only remedy available – arguing that the decision was irrational and not in keeping with the SSHD’s own Modern Day Slavery guidance. Sadly, this guidance is all too frequently misapplied by the SSHD. During the Pre-Action Protocol stage and even after the issue of proceedings, the SSHD maintained that the Claimant’s modern slavery claim lacked credibility. However, we argued that the Claimant’s history of sexual abuse was a strong indication of her vulnerability and her susceptibility to coercion.

The Claimant’s complex immigration history, coupled with her vulnerability in detention, caused her severe stress and anxiety. Her asylum claim had been decided prior to her trafficking claim, meaning that matters arising therein were not taken into consideration, further highlighting the SSHD’s failings in promptly identifying vulnerable actual and potential victims of trafficking in detention. It was not until we took the matter on that concerns were raised and the Claimant was identified as a potential victim of trafficking; the SSHD had missed every opportunity to identify her as such, from the date of her asylum claim and detention.

Whilst this success in the Judicial Review claim is of comfort to this Claimant, there is no doubt that there remain many others like her, who desperately require legal advice to ensure their voice is heard from within the repressive confines of the UK’s Immigration Removal Centres.

The Claimant is represented by Gina Sarfo, of Duncan Lewis Solicitors immigration department. Counsel instructed is Nabila Mallik of No.5 Chambers.