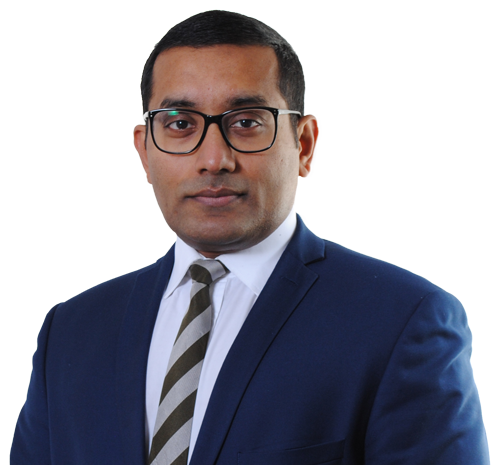 This case, in which the judgment of Cranston J in R (on the application of BG) v The Secretary of State for the Home Department [2016] EWHC 786 (Admin) (12 April 2016) was appealed, has been settled in favour of our client, BG.


History of the case

BG was a victim of abuse, multiple rapes, and enforced prostitution in Albania. As a result, she suffered from PTSD and major depression. She fled to the UK and sought protection but was issued with a Dublin II certificate by which the Secretary of State for the Home Department (SSHD) sought to return her to Italy. Her trafficking case was referred to the UK’s National Referral Mechanism (NRM) following a legal challenge and although she was given a positive reasonable grounds decision, she received a negative Conclusive Grounds decision with the SSHD finding that she was a victim of ‘severe domestic violence’ at the hands of a ‘boyfriend’ rather than a victim of human trafficking who was forced into sexual exploitation by a trafficker. The SSHD maintained his decision to return her to Italy, thereby refusing her any substantive consideration of her asylum and human rights claims in the UK. In judicial review proceedings it was argued on her behalf that in view of her accepted facts and the legal definition of human trafficking she ought to have been formally recognised by the SSHD as a confirmed victim of human trafficking and that she was consequently entitled to protection procedures, including the quashing of the Dublin II certificate.

Key questions before the High Court included whether the SSHD had erred in refusing to recognise her as being a victim of human trafficking and the High Court’s obligation to determine trafficked victim identification. The High Court refused the judicial review and the judgment of Cranston J was widely reported.

Permission to appeal to the Court of Appeal was granted.

In October 2018, the Court of Appeal was due to hear this case. However shortly before the hearing the SSHD conceded the matter and withdrew the negative Conclusive Grounds decision in BG’s case.

This was a long-overdue development in favour of BG, whose struggle with the UK’s asylum/NRM processes began over five years ago.

By consent order sealed on 20th September 2018, the SSHD agreed to withdraw the negative Conclusive Grounds decision and to remake it within 45 days of the sealing of the consent order.

The SSHD agreed the appeal should be allowed by consent under Ground 1, expressly accepting that, in view of BG’s accepted facts, Cranston J had been wrong to hold that the SSHD had made a lawful or rational decision in finding that BG did not meet the trafficking definition under Article 4 of the Trafficking Convention.

Accordingly, the appeal was formally allowed by consent under Ground 1. Furthermore, the SSHD agreed to consider BG’s asylum claim substantively in the UK. The Dublin II certificate was thereby withdrawn.

These are the accepted facts.

BG was a college student living with her parents in Shkoder, Albania. She was befriended by a man, K who convinced her that he loved her and wanted to marry her. She fell in love with him and agreed to leave her parents’ home clandestinely without any belongings, travelling with K to Tirana where he said his family lived. They lived alone in his flat; BG was given keys and was free to come and go. She did not know anyone in the city and never met K’s family.

After a few months K said he had no money, and threatened BG with a knife telling her she would be killed and her family harmed if she did not agree to be subjected to prostitution. He brought men to the flat where BG was forced into prostitution for his financial gain. He soon began taking BG to locations across the city where he arranged for men to collect her and take her back to hotels, subjecting her to further enforced prostitution. K would then take the clients’ money from her and return her to their flat before taking her back to the streets the next day.

After a few months BG escaped with the help of a client and travelled to the UK via Italy on the Eurostar. On arrival in the UK, she claimed asylum and although she gave a detailed account of what had happened to her in Albania the Border Official did not refer her into the NRM and
she was detained.

The SSHD certified her asylum claim under the Dublin II Regulation. Judicial review proceedings were brought to challenge the asylum certification and the failure to refer her into the NRM. As a result, BG was released from detention and referred by the SSHD to the NRM.

A positive Reasonable Grounds decision was made. This was however followed by a negative Conclusive Grounds decision. In that negative decision the SSHD accepted that BG had been subjected to enforced sexual exploitation, but refused to accept that she had been trafficked to Tirana and rejected the likelihood that she had been groomed and sexually exploited. The SSHD decided instead that BG was ‘a victim of severe domestic abuse’ which arose from ‘her boyfriend’ K’s ‘existential crisis’ that was generated by him ‘running out of money’. Whilst the independent trafficking expert instructed on behalf of BG concluded that BG was a victim of trafficking from Shkoder to Tirana she had not specifically addressed whether BG had been trafficked within Tirana by K transporting her around the city for sexual exploitation. The SSHD also failed to consider this.

A request for reconsideration was made on the basis that the SSHD had erred in his application of the trafficking definition to the accepted facts of the case. However this reconsideration request was summarily refused.

The submission that on the accepted facts BG had been trafficked by K within Tirana for the purposes of sexual exploitation and she had also been harboured by K in the flat for that purpose, under threat of death, was ignored despite the SSHD expressly accepting that enforced prostitution by threat for financial gain had occurred, that she had been threatened by K, had been taken to properties for this purpose, had been housed by K during that time and despite the fact that the SSHD’s own policy required the SSHD to consider all the “acts” of trafficking, including harbouring.


Proceedings in the Administrative Court

BG’s challenge to the negative conclusive grounds decision was heard during a two day hearing before Mr Justice Cranston in the Administrative Court in 2015. The judge refused the application. Please read full judgment here.
In his judgment Cranston J implicitly accepted that what occurred in Tirana, could amount to human trafficking by harbouring, finding:

“…harbouring is not an everyday concept but I accept that it includes accommodating or holding a person at the place of exploitation or at a place prior to the exploitation.”

Despite this finding he held that it was not the Administrative Court’s function ‘to prefer one person’s interpretation of events over another’s’, namely that of the trafficking expert, Ms Stepnitz, over the SSHD’s. The judge placed undue weight on the fact that Ms Stepnitz had not argued that BG had been ‘harboured’ even if BG’s Counsel had done so. He held that the SSHD’s decision to issue a negative Conclusive Grounds decision was not unreasonable or irrational ‘at the time it was made’, finding:

“It is not my role to choose Ms Stepnitz's interpretation over that of the competent authority's or to characterise one rather than the other as right or wrong. It may have been that after October 2012 it was open to analyse the facts as trafficking through harbouring, but that was not the way the matter was presented to the competent authority by Ms Stepnitz. The issue for me… is whether the decision was unlawful or Wednesbury unreasonable.”

In dismissing the judicial review brought by BG, the judge also erroneously found that K’s action of taking BG to pre-arranged street locations to meet men, was not ‘transportation’ under the Trafficking Convention definition but was instead ‘mere facilitation’.


Proceedings in the Court of Appeal

The Court of Appeal granted permission to appeal against the judgement on several grounds, significantly under Ground 1, whereby it was argued that:

‘The judge was wrong to hold that the SSHD had made a lawful or rational decision in finding that BG did not meet the trafficking definition under Article 4 of the Trafficking Convention, on the accepted facts.’

The Court of Appeal further held that it was arguable the judge was wrong in his approach to the role of the Court in reviewing the lawfulness of the Conclusive Decision and his failure to determine whether BG met the trafficking definition was in breach of Article 4 ECHR.

On a separate ground of appeal relating to Dublin II and the conditions for her return to Italy, the Court of Appeal stayed BG's challenge to her removal to Italy pending the application of NA before the Supreme Court for permission to appeal against the judgment in NA (Sudan) & Anor v SSHD [2016] EWCA Civ 1060.

By the Consent Order the appeal was allowed under Ground 1. Thus the SSHD conceded that the judge was wrong to hold that the SSHD had made a lawful or rational decision in finding that BG did not meet the trafficking definition under Article 4 of the Trafficking Convention, on the accepted facts. In addition, the SSHD agreed to consider BG’s asylum claim substantively in the UK.

The vulnerabilities of BG and her small children, exacerbated by their years of uncertainty without settled status in the UK, were predominant reasons for the settlement of the case.

The question of the scope of the High Court’s powers and obligations to decide on trafficking identification under the operation of Article 4 ECHR, which was raised for the first time, in this case of BG, remains open.

The Dublin II certificate was withdrawn. BG has received a positive Conclusive Grounds decision under the NRM and has been formally recognised as a confirmed victim of human trafficking. She is awaiting a decision in respect of her asylum claim.

BG is represented by solicitor Raja Uruthiravinayagan of Duncan Lewis’ Harrow based public law department. Counsel are Parosha Chandran and Claire Physsas both of 1 Pump Court. The case was also assisted by Catherine Robinson, also of 1 Pump Court, as Junior Counsel.

The public law team has experience in all aspects of judicial review claimant work, including obtaining emergency orders and other interim relief to prevent breaches of human rights, following up judicial reviews with actions for damages in both the County and High Court and successfully pursuing judicial review matters to the Court of Appeal and Supreme Court. A particular focus is the team’s work handling cases of the deprivation of British citizenship and deportation threats, with a niche specialism in challenging the treatment of immigration detainees and other marginalised communities.