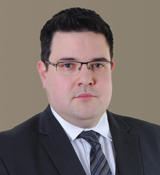 In light of recent media attention concerning the police’s failure to disclose material to the defence which may undermine their own case, as the prosecutor, it is important to consider why a rape complainant’s sexual history may be disclosed as part of proceedings. This comes after we have been informed that all rape cases across the country are being independently reviewed in order to tackle this issue with disclosure. In response, some have suggested that the request for the sexual history of a complainant as admissible evidence should be restricted.

In an article recently published in The Guardian, certain politicians have called for the rules governing how a complainant can be cross-examined to be reviewed. In essence, two former Labour Solicitor Generals, Harriet Harman and Dame Vera Baird QC, wish for a complainant’s sexual history to be under tighter control.

The law on this is governed by section 41of the Youth Justice and Criminal Evidence Act 1999. It stipulates that questions about a complainant’s sexual history need to be relevant in order for them to be asked of the complainant.

There are various reasons why a complainant’s sexual history may be referred to as part of a rape trial. In cases of sexual assault and/or rape there are seldom any independent witnesses who see what has occurred, therefore it is a case of one person’s word against another. That means the complainant and defendant’s credibility is of paramount importance to a jury when trying to decide who is to be believed. Since no two cases are ever exactly the same, there needs to be a set procedure which can be adhered to.

When tackling the issue of credibility, it is common that legal practitioners ask for details of previous convictions and/or previous reprehensible behaviour of both the complainant and the defendant, as it can be assumed that the best indicator of what a person may be capable of is past behaviour.

Harriet Harman and Dame Vera Baird QC are proposing that it needs to be harder to illicit previous sexual history of a complainant to a jury; however, by doing so it makes it harder for the defendant to potentially challenge the credibility of the complainant. Without which, that brings about issues of whether the defendant has had a fair trial.

It must be noted that it is not intended for the complainant to be ridiculed and/or embarrassed in court. Protocol already exists to safeguard complainants’ interest and well-being.

However, like everything in law, there is a balance to be had. On the one hand, the courts want to encourage complainants to come forward and give evidence at trials, on the other hand, the defendant has to be assured of a fair trial. If there is a line of questioning that the defendant wants to put to the complainant about their past, as it is relevant and probative, then that should be allowed and put to the witness in the correct manner. This is to ensure all parties are treated fairly as part of the trial. If disclosure is limited, by preventing the defence from fully exploring the credibility of the complainant through their sexual history, there is a risk of injustice.

Author, Nicholas De Freitas, is Director of Crime at Duncan Lewis’ Harrow branch. Nicholas has extensive expertise in all criminal matters, representing both private and legal aid eligible clients. As a Higher Rights Advocate, he has experience in a wide range of criminal proceedings and he has acted as Junior Counsel in a number of murder cases and complex fraud trials. Contact Nicholas on 02031141150 and nicholasd@Duncanlewis.com.