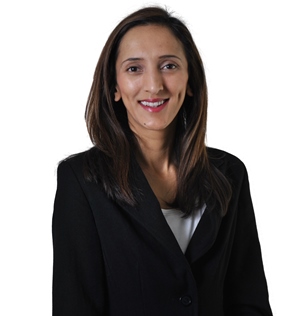 However, a child’s rejection or estrangement towards a parent is not always a result of manipulation or authoritative behaviour, making it difficult for the courts to handle appropriately. According to research published by the Nuffield Foundation in 2013, around 10% of separated parents have contact agreements made through the courts and each year, approximately 1,400 cases return to court, seeking enforcement of contact orders.

This autumn will see new guidelines given to the social workers who look after a child’s interests in the family courts, meaning that for the first time, the possibility that a child has been deliberately turned against one parent by the other will be considered. In order to differentiate parental alienation from some of the typical behavioural changes children often show during a parental separation, the intensity and/or frequency of their behaviour will be taken into account.

These new developments have drawn mixed reactions, whilst Children and Family Court Advisory and Support Service (CAFCASS) said it hopes the guidelines will form a basis for social workers to explore what is happening with both parents rather than attributing blame, others are taking a more cautious approach.

Professor Liz Trinder, professor of Socio-legal studies at the University of Exeter thinks the idea of parental alienation as a result of behaviours needs to be treated carefully.

“The problem with the alienation concept is that your premise is the child has been brainwashed, it means you can’t trust what the child is saying to the court.” She explains “If you make an accusation of alienation it almost automatically casts suspicion on anything the child might say.”

CAFCASS’s Sarah Parsons counters that it is important not to overlook the lifelong impact where a child is alienated.

"It can be devastating, an adult can look back on childhood and feel misled by trusted parents, adults can have mental health issues, just like any other abuse would.” She said.

Director of Family and Childcare at Duncan Lewis Solicitors, Ravi Kaur Mahey, weighs in on the subject of parental alienation;

“There has been a lot of awareness of parental alienation in the last decade with some very specific cases highlighting the issue however sadly, the fact remains that there is still much to do to properly identify cases where this is happening. Judges, social workers and even CAFCASS whilst aware, still lack the training and resources to correctly identify it early within proceedings. There are still many cases we see where proceedings have been going on for years and the courts are still reluctant to take the most drastic course of action which is to change residence of the child back to the alienated parent. Whilst this will not be the right solution in all instances, if caught early, research would suggest it can be productive for the child and parents in the longer term.”

Ultimately, parental alienation remains a difficult subject for the family courts to handle.

Ravi Kaur Mahey has particular expertise acting for victims of domestic abuse where there have been serious allegations of sexual, physical and psychological abuse. Her broad practice includes representing parents and young people in care proceedings involving a range of issues, including drug and alcohol misuse, violence, chronic neglect, mental health difficulties or mental incapacity and learning difficulties. She has acted in a number of cases involving applications by the Local Authority for a young person to be placed in Secure Accommodation and applications for Emergency Protection Orders.

Our Family & Childcare teams are specialists in all aspects of family and private/public children law matters from offices across London and throughout the UK. Recognised by Legal 500 2017, the team is significantly experienced in complex financial matrimonial matters (ancillary relief) relating to the breakdown of a marriage/relationship, with a broad practice representing parents, family members and children through their Guardian in all children public law proceedings.


For all Child Care related matter contact us now.Contact Us
Call us now on 033 3772 0409 or click here to send online enquiry.