What consists of an adequate consultation process? (11 November 2015) 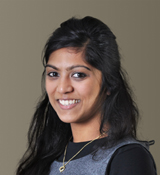 A public law discussion concerning consultation processes usually centre on whether there is an obligation in public law to consult. The answer is likely to be found in the legislation that applies to the circumstances.

Legal representatives should next consider whether the consultation process conducted by the public authority was adequate which could also amount to a public law challenge.

The first key thing to consider is the legislation that applies. If the legislation confirms that the public authority has a duty to consult, then it should provide a brief indication on how it should be conducted. For example, section 5D of the Childcare Act 2006 states:

The section then lists the circumstances in which a consultation is deemed necessary. The key phrasing is: “consultation as they think appropriate. ” The vague wording appears to allow the local authority to have significant freedom in their consultation.

The subsection that follows provides some limitation:

(2) In discharging their duty under this section, an English local authority must have regard to any guidance given from time to time by the Secretary of State.

The statutory guidance for most Acts of Parliament provides some direction in the interpretation of the legislation.

Therefore, the final avenue to turn to when determining whether the consultation process was adequate is the applicable case law. Case law provides a clear demonstration as to what the courts look for when determining the adequacy of a consultation conducted by the Local Authority. Therefore, legal representatives must look to the applicable case law when considering the merits of the challenge to determine whether litigation is necessary.

The four principles are as follows:
(1) The consultation must be at a time when proposals are still at a formative stage
(2) The proposer must give sufficient reasons for any proposal to permit of intelligent consideration and response
(3) Adequate time must be given for consideration and response
(4) The product of consultation must be conscientiously taken into account in finalising any statutory proposals

The assertive language imposes a duty on the local authority to adhere to these principles when proposing a consultation. This provides more than both the legislation and the statutory guidance combined and is possibly the best route for a potential challenge.

(5) The degree of specificity with which, in fairness, the public authority should conduct its consultation exercise may be influenced by the identity of those whom it is consulting.
(6) The demands of fairness are likely to be somewhat higher when an authority contemplates depriving someone of an existing benefit of advantage than when the claimant is a bare applicant for a future benefit.

These are less assertive principles and similarly to the statutory guidance, provide an indication to the local authority as to what they should consider.

It is essential that all the listed routes be considered when investigating into a potential public law challenge against a local authority’s failure to conduct a fair consultation. Despite the case law requirements providing the most specific criteria, it is important that the statutory context is taken into account.

Therefore, the best approach is to first consider the statute that applies to determine the existence of a public law duty to consult. The statutory guidance will give some indication as to the basis of the consultation process, though not necessarily binding and will only need to be considered. Finally, one may turn to the principles as set out through case law, which provides more of a restrictive criterion to ensure that the consultation process is considered fair and adequate for the purposes of Public Law.

About the Author: Sangeetha Vairavamoorthy

Sangeetha Vairavamoorthy joined Duncan Lewis in January 2015 as a Public Law caseworker. She is based in the Duncan Lewis Harrow Office.

Since joining the Public Law Department, she has assisted in Judicial Review applications, unlawful detention claims and other immigration matters. She has also worked on Prison Law matters such as Prison law Judicial Reviews, disciplinary hearings, recall matters and parole board hearings.

She recently graduated from King’s College London with a 2:1 in Law (LLB) and plans to begin the Legal Practitioners Course (LPC) in September 2015.

Prior to working at Duncan Lewis, Sangeetha interned at numerous international organizations. She spent some time working for a law firm in Chennai, India, where she was assigned to work on Public interest Litigation seeking the necessary protection of the right to freedom of expression. The petition questioned the wide discretion afforded to the government and enforcing authorities in punishing “offensive” behavior. This Public Interest Litigation was taken to the Supreme Court of Delhi and the team was successful in their plight. The Supreme Court ruled in their favour, releasing the now famous judgment, in March 2015.

Sangeetha has trained with Amicus, a charity providing assistance to Lawyers for Justice on Death Row and worked as a student researcher during her University degree.