Duncan Lewis represented TY (Sri Lanka) in the Court of Appeal: Whether Asylum and Human Rights Grounds can be raised in EEA Appeals (19 November 2015) 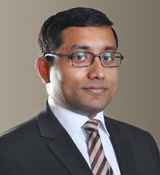 The matter was heard by a coram of the court consisting of Jackson, Black and Brigs LJJ on the 3rd November 2015. The judgment was reserved.

This case raised an important point of principle that is likely to affect the outcome of other cases, which is: where a decision is made under the EEA Regulations 2006, is the appellant permitted to appeal on asylum or human rights grounds?

The Court had to grapple with the complex issues of EU law and as to appeal rights under the EEA Regulations and Nationality, Immigration and Asylum Act 2002.

By Order of Lord Justice Longmore, dated 14th April 2014, permission was granted on the ground that:

“The Notice of Decision permits an Appellant to appeal against an EEA decision on the basis that the decision is not in accordance with the law and the Rules. The Human Rights Act 1998 forms an important part of the relevant law, and therefore the FFJ had jurisdiction to determine an Article 3 claim and was obliged to as a result of s6 of the HRA 1998”.

It is to be noted that Longmore LJ’s grant of permission post-dated the handing down of the Supreme Court judgment on the 20th November 2013 in Patel & Ors v Secretary of State for the Home Department [2013] UKSC 72.

It is understood that there are a few other cases currently before the Courts that are raising similar arguments.

The much awaited judgment of the Upper Tribunal in Amirteymour and others (EEA appeals; human rights) [2015] UKUT 466 (IAC), handed down on the 4th August 2015, is largely considered to have signalled a watermark in immigration law regarding the question of whether human rights grounds can still be argued in any EU rights of residence appeals. The official headnote states that ‘…where no notice under section 120 of the 2002 Act has been served and where no EEA decision to remove has been made, an appellant cannot bring a Human Rights challenge to removal in an appeal under the EEA Regulations…’ It is understood that Amirteymour's application for permission to appeal to the Court of Appeal has recently been granted by the same coram which heard the appeal [McCloskey J PUT, Ockelton VPUT, Rintoul UTJ] as to whether Article 8 can be raised on the basis of a hypothetical removal in an appeal from an EEA Decision.

Given the issue is of such fundamental importance, it will be the subject of further litigation, no doubt.
Further update to follow, once the judgment is handed down.

About the Author: Raja Rajeswaran Uruthiravinayagan

Raja joined the firm in April 2012 and is currently attached to the Public Law Department. He specialises in Judicial Review claims related to his main practice areas. He is committed to improving access to justice and to achieving social justice through the use of law.

Raja was Called to the Bar by the Honourable Society of the Middle Temple in 2008 and cross-qualified as a Solicitor in 2011. He graduated from the London School of Economics (LSE) with a Bachelor of Laws (LLB) in 1999 and undertook International Protection of Human Rights as a specialist subject. He completed his Master of Laws (LLM) from the London School of Economics (LSE) in 2001. His broad-based experience spans several practice areas.