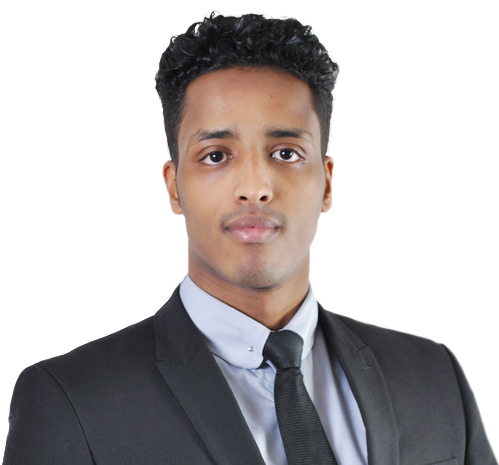 We are delighted to announce that Birmingham-based public law director, Ahmed Aydeed, has been shortlisted for the Outstanding Contribution to the Fight Against Slavery award in the Enabling and Supporting Survivors’ Rights and Entitlements category at this year’s Anti-Slavery Day Awards.

The Human Trafficking Foundation’s annual Anti-Slavery Day Awards recognise the vital work carried out by the media in increasing awareness and understanding of modern slavery. The additional ‘outstanding contribution’ categories, in partnership with Marsh Christian Trust, recognise individuals and organisations in the public, private, and voluntary sectors that have gone beyond expectations in fighting modern slavery.

The award for Outstanding Contribution to the Fight Against Slavery acknowledges the work carried out to fight modern slavery in the UK and internationally. Ahmed’s shortlisting notes;

“In all discussions, Ahmed is absolutely focused on his clients' best interests. This is also obvious when Ahmed undertakes media interviews in relation to his cases - I was touched by his remarks in a media interview following interim victory in NN and LP when he (rightly) said it was down to the courage of two vulnerable people who wanted to ensure that others also trafficked and enslaved did not lose their support.”

Ahmed has long been at the forefront of the fight against modern slavery and human trafficking, and his work has had major implications for both his own clients and others who have been subjected to slavery. His dedication to helping enslaved people is best showcased in this recent successful challenge to the Home Office’s policy that cuts off all statutory support to slavery victims in the UK after six weeks.

Thanks to his vast experience acting for victims of slavery and human trafficking, Ahmed understood that relief should not be limited to a 45 day period and therefore issued proceedings against the policy on behalf of two, aforementioned clients, NN and LP , both victims of trafficking who were due to lose their specialist support as a consequence of this rule.

Following complex and lengthy proceedings, the Home Office conceded that the 45-day policy was unlawful and incompatible with the Trafficking Convention and that support should be provided in reference to the individual’s needs rather than by any reference to how long the individual has been supported. The outcome will have a huge significance moving forward concerning the availability of generic interim relief, and with the Home Office having to immediately extend assistance to all slavery and trafficking victims requiring support in England and Wales, over 600 individuals have benefited from Ahmed’s work.

Ahmed’s expertise in this area has also resulted in his participation in the Home Affairs Committee’s Modern Slavery Inquiry where he gave oral evidence to the committee on the detention of victims of slavery and trafficking who are in immigration detention facilities. The inquiry was launched to examine what progress has been made in the three years since the Modern Slavery Act came into force.

The winner of the Outstanding Contribution to the Fight Against Slavery award will be announced on Wednesday 16th October at Speaker’s House in the House of Parliament. Huge congratulations to Ahmed on his shortlisting and we wish him all the best of luck.