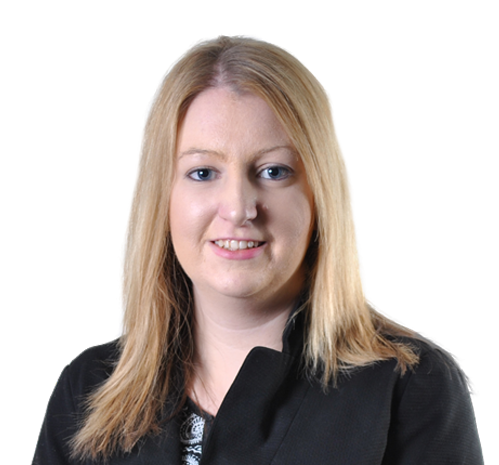 We are thrilled to announce that Public Law and Immigration solicitor Hannah Baynes has been shortlisted for the Every Child Protected Against Trafficking (ECPAT) UK Children’s Champion Award, which recognises those who have demonstrated outstanding commitment to child victims of trafficking in the UK. Hannah’s contributions and commitment to making a difference for child victims have impressed experts across the anti-trafficking sector.

Based in the firm’s Harrow office where she works under the supervision of director Toufique Hossain, Hannah handles a variety of cases and has a specific interest in representing vulnerable individuals, such as victims of torture, victims of trafficking and disputed minors with complex unlawful detention claims. As well as being a Level 2 Senior Caseworker under the Law Society’s Immigration and Asylum Accreditation Scheme, Hannah is also a member of the Lawyers Christian Fellowship.

Hannah has extensive experience representing clients in judicial review proceedings. She has previously represented claimants challenging the certification of their asylum claims on Third Country Grounds and who have received removal directions to Cyprus and Italy. Additionally, Hannah worked on a number of cases involving vulnerable individuals whose asylum claims were previously dealt with under the Detained Fast Track scheme. On numerous occasions, she managed to obtain a last minute stay on removal to prevent the removal of clients to countries such as Afghanistan and Nigeria on the basis of their health and fitness to fly.

In December 2018, Hannah attained victory for a young Afghan client, in a judicial review challenge to the decision of the Home Office to return him to Germany. This case was the first of its kind, and it resulted in the Home Office being ordered to return Hannah’s client to the UK to live with his British uncle so that his asylum claim can be processed here. In its judgment, the Upper Tribunal acknowledged the adverse impact that the client’s unlawful removal to Germany had on his mental recovery from his experiences of torture in Afghanistan as a teenager.

A large number of Hannah’s cases involve challenging the decisions of the Home Office to impose study restrictions as part of the immigration bail conditions, despite those affected being asylum seekers, victims of trafficking and many of them being former unaccompanied asylum seeking children. As a result of successful judicial review challenges, the Home Office amended its bail guidance in May 2018. Hannah continues to represent clients who are recipients of prestigious university scholarships that have been prevented from sitting exams and continuing to pursue their studies.

The impact of Hannah’s work is best demonstrated in a case where the Court of Appeal granted permission to appeal, stating that the case raises important issues about how an age assessment is dealt with when there are two contradictory age assessments in different contexts. The client is a vulnerable victim of torture from Iranian Kurdistan who came to the UK as an asylum seeker and claimed to be sixteen years old. The Home Office took the view he was over eighteen, detained him and set directions for his removal to Finland, where he had previously claimed asylum.

Hannah is as committed to her clients as she is to raising awareness on the restrictions imposed on young asylum seekers accessing education. She conducts fact finding missions and has spearheaded her campaigns by promoting national coverage of the issues. Hannah also recognises the value and hope that education gives to young people and regularly advocates to the Home Office to secure improved rights for both young asylum seeking students and prospective students.

This year’s ECPAT UK Children’s Champion Award will be presented during Anti-Slavery Week, on the 16th October at the House of Lords in Westminster. We would like to congratulate Hannah on her inspiring recipient nomination and wish her all the very best at the event!