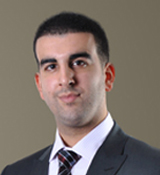 Towards the end of last year, I made the decision to give up alcohol for the entirety of 2016. Given that it was such a huge part of my social life, I knew that I could raise some money for a worthy cause in doing so. I thought about the issues that are most important to me and it occurred to me that despite my desire for socio-economic equality and access to equal opportunities for all, I do not do enough to provide assistance to those who require it the most. I was then introduced to the Access Project by a friend of mine and I instantly knew that this was the charity that I had been looking for.

The Access Project is a charity that is designed to assist students from disadvantaged areas with getting the grades that they require to get into a university of their choice. The vision of the Access Project is that every child in the UK should have an equal opportunity to achieve their academic ambitions. Less affluent students are underrepresented at top universities. There has been very little improvement in this over the last decade. Addressing the blatant inequality within our educational system so as to ensure that those same children are provided with the opportunity to pursue the career and life of their choice when the time comes seemed like a more than worthy cause.

Raising money for a charity is most certainly one way to better the lives of others, but I knew that I could do more. Devoting money to a cause is arguably easier than devoting time to it, and as such, I wanted to get involved with the work of the charity itself.

My work has currently been focused on one particular school in the inner-city, within which I have given a talk to sixth form students about pursuing a career in law within a publicly funded sphere, in addition to attending an event which was designed to enable students to hone in their ability to network and build up a rapport with professionals.

At both events, each and every child that I spoke to said the same thing, more specifically; they wanted to make a difference and use their career to change lives for the better. When I probed them on their stance, they brought up issues that I simply was not aware of at their age. They quite literally taught me about gentrification, socio-economic injustice within the inner-city and so much more. They did more than just hold their own, in every respect.

The response of one particular student will resonate with me for the rest of my life. He approached me and informed me that he wanted to study Criminology. I asked him why, as he seemed quite convinced. He responded: “I have lost one too many friends to knife crime. I want to know why people pick up knives.”

What saddened me greatly is that a number of these children (perhaps rightly) feel as though they are at a disadvantage in the legal sphere because of their ethnicity or economic situation, and as such, they had never considered a career in law to be a viable option until I spoke to them. It reminded me of my own concerns when pursuing a career in law, i.e. being an ethnic minority applicant who was not privately educated and so forth. Despite the improvements that have been made in that regard, there is most certainly a lot more work to be done before such concerns are to be considered unfounded and a thing of the past.

We are guilty of giving the younger generation a lot of criticism, perhaps painting them all with the same brush from time to time. If the children at this particular school are anything to go by, the future is very bright. The Access Project could use your contribution to help nurture the raw, humanitarian flare of the next generation; a flare that I have witnessed first-hand.

Sheroy Zaq is a Solicitor within the Public Law & Immigration departments at Duncan Lewis. He has conduct of a number of high profile claims for Judicial Review, representing claimants in cases concerning administrative detention, injunctive relief against removal and various other challenges to the policies of the Secretary of State for the Home Department. He also has conducted investigative research in Bulgaria, France and Portugal in order to obtain evidence for use in claims for Judicial Review before the High Court and the Court of Appeal.