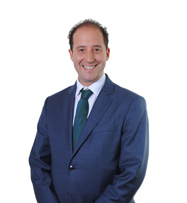 YLAL London meetings take place on the second Wednesday of every month and offer the opportunity to discuss current issues affecting those working in the legal aid sector and the clients they represent. This particular meeting focused on two challenges to the Regulations which govern the grant of legal aid, both of which were brought by Duncan Lewis, acting as the Claimant.

Jeremy is a member of our public law department working in the team that brought the challenge against the Legal Aid Agency and Lord Chancellor for the refusal to backdate funding for urgent work undertaken in meritorious cases prior to a grant of funding. At the YLAL meeting he spoke on the success of the claim so far and what the result means for other legal aid providers and their clients.

As the first speaker at the meeting, Jeremy started by introducing this challenge to the Civil Legal Aid (Procedure) Regulations 2012, explaining the context in which legal aid providers are operating following major cuts to legal aid since 2013. He went on to set out the impact that the current perceived prohibition on backdating is having on vulnerable clients. He then set out the legal reasoning which demonstrated that the prohibition on backdating gives rise to breaches of constitutional and ECHR rights in individual cases, as it either prevents or disproportionately interferes with an individual’s right to access the courts.

As a result of this claim, on the 17th September 2018, Ministers agreed to amend the regulations by allowing backdating of funding in ‘in-scope cases in circumstances where it is considered appropriate to do so’, as detailed in this article. The claim has been supported by Osbornes Solicitors who are an interested party and numerous other providers have provided evidence, including: Bindmans, Broudie Jackson Canter, Deighton Pierce Glynn, the Legal Aid Practitioners Group, Leigh Day, and the Public Law Project. Katy Watts, from the Public Law Project, and Tim Buley from Landmark Chambers were also invited to speak at the YLAL meeting.

In another successful challenge, Duncan Lewis was the claimant in a claim for judicial review against the Lord Chancellor challenging the legality of Regulation 5A of the Civil Legal Aid (Remuneration) Regulation 2013 which sets out the circumstances in which legal aid providers are paid for their work having issued a claim for judicial review. As a result of our claim, which was led by public law director, James Packer, and solicitor, Kate Newman, the Lord Chancellor agreed the regulation was unlawful and is set to provide clarification on his revision in the next few months. The result means that legal aid providers will now be entitled to request remuneration in circumstances where: they carried out a merits assessment correctly, the Legal Aid Agency has agreed with the assessment and granted funding and then, post issue, owing to intervening events beyond the provider’s control, the case came to an end, unless a Judicial Review claim was refused permission on both the papers and at an oral hearing. Read more in this article.

Following the meeting, Jeremy has stated:

“It was great to have the opportunity to talk about the legal aid backdating challenge with a very motivated and engaged crowd at the Young Legal Aid Lawyers meeting on Wednesday night. The questions led to some very interesting discussions about the risks involved in litigation against the legal aid agency, litigation strategy with regards to negotiating settlement and evidence gathering to show that a system is inherently unfair.

“It was also great to discuss the two recent Duncan Lewis challenges to the Lord Chancellor and the Legal Aid Agency side by side – I felt proud of the commitment of the firm to securing access to justice for vulnerable individuals, and to driving improvements to the legal aid regime one step at a time.”

The Duncan Lewis Public Law department continues to be recommended by Legal 500 with the 2019 edition reporting its 'strong presence in this area of the law, making a particularly dominant contribution in immigration, asylum and prison law.'