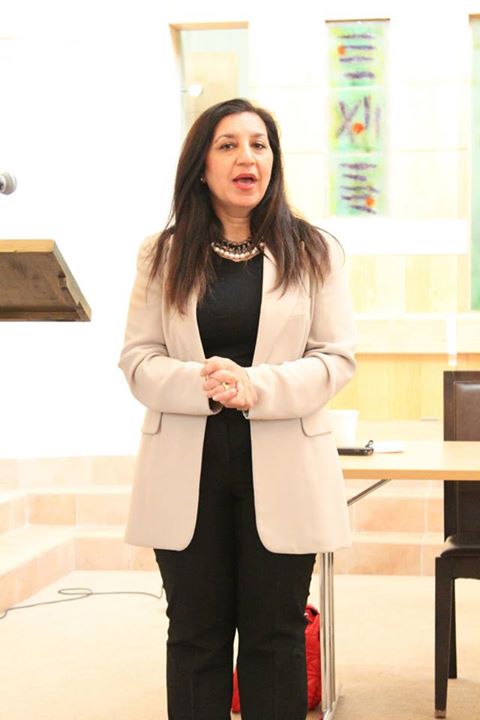 Aina will be taking questions on her campaign to tackle the serious and rapidly growing problem of unregistered religious marriages and suggesting solutions, including legal reform, Law Commission consideration and a widespread education campaign about legal pitfalls.

Aina’s “Register Our Marriage” (ROM) roadshow has already seen successful turnouts throughout the UK, and will be taking place in 36 Bedford Row in London after the press conference, from 4.30 to 7pm.

Aina will address the importance of registering religious marriages in the UK. It is estimated that around 80% of British Muslims aged under 30 are in unregistered marriages and that this is growing.

With this in mind, Aina Khan has initiated the ROM Project to lobby for an update of the Marriage Act 1949, which at present only covers Church of England, Jews and Quakers. This project enjoys Interfaith, Cross-Party and grassroots support and the ROM National Working Group is making strong inroads.

Aina’s London roadshow will be taking place at the Barristers’ Chambers at 36 Bedford Row London WC1R 4JH on 10th June 2015 from 4.30 until 7.00pm. As part of the'Register Our Marriage' campaign, a set of distinctive and innovative mechanisms have been put in place to address the situation:

a)
A nationwide series of road shows visiting major UK cities – Birmingham, Bradford, London, Bristol, Leeds and Blackburn
b)
Parliamentary lobbying, legal seminars, school visits
c)
A social media campaign aimed at the under 30s
d)
Encouraging completion of a survey on Surveymonkey on Muslim marriage and divorce See href="https://www.surveymonkey.com/s/QC7H9MX">link
here.
e) Training materials for Mosques and wedding venues to register marriages and setting up of a ‘Buddy Scheme’ to support new Registrars
f)
Disseminating the widely recognised Islamic narrative of legally recognised marriage and unequivocal financial support by men of their wives and children
g)
A series of webinars and blogs with ‘How To’ guides on Muslim marriage and divorce
h) Taking cases to the Supreme Court so there is clarity on the status on unregistered religious marriages
i) Setting up of ‘Women Led’ Sharia Councils to grant Islamic divorces to women


Places at the roadshow are limited and available strictly by prior registration, by email to: ainak@duncanlewis.com.