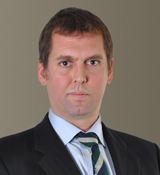 A Duncan Lewis Judicial Review case - Applications for Permission CO/5927/2015 (The Queen on the application of Thompson v Director for Legal Aid) - saw the Director of Legal Aid refusing to grant exceptional case funding despite accepting that the Claimant had a ‘Moderate’ prospect of success.

Bahar Ata of Duncan Lewis was instructed by the Claimant, and Adam Tear, a Solicitor Advocate appeared on behalf of the Claimant.

In his Judgement the Honourable Mr Justice Holman stated that he understood and respected the reasons by the previous Judge in refusal decision on the papers. The case of Gudanaviciene appeared to be determinative of this case. However, there must be consideration of assessment of the prospects of success in the decision to grant Legal Aid. Merits tests have always been around in the areas of Legal Aid and consideration of those merits should always be considered.

Mr Justice Holman went on to discuss the merits criteria for Legal Aid. There is an established scale of merits based on percentage chance of success. The decision maker himself has accepted prospect of success was Moderate (50-60%). This is the territory, between 50-60, where a case will be at its most complex and the need for a skilled advocate is at its greatest. If there is either a very poor or very good prospect of success then a skilled advocate would not be required as they would not be able to make a difference to the outcome of the case. However the ‘Moderate’ territory is where a skilled advocate would make the most difference to the outcome. This point was not expressly stated in the previous judgement.

In concluding, Mr Justice Holman, In this case the Defendant did not properly factor in the prospect of success when deciding whether Legal Aid should be granted. Permission was then granted.

Regarding this case Adam Tear states: “I am very glad of this decision as it provides further clarity to the approach that needs to be taken when determining whether exceptional funding should be granted in legal matters where legal aid would not normally be available”.

Described by Legal 500 as a ‘calm, industrious and reliable' professional, Adam has a significant London practice in judicial review claimant matters. He was awarded the Law Society Solicitor Advocate of the Year Excellence Award in 2014 and has been shortlisted in 2013 and 2015 respectively. He has recently been appointed a Level 3 IAAS Assessor by the Law Society.

The Duncan Lewis Public Law department is recommended by Legal 500 2015 for its depth of experience in immigration and civil liberties challenges and is acknowledged as having a "stellar reputation in handling test cases". The Public law team is well established and known by the Legal Aid Agency, the Courts, and the Treasury Solicitor. Duncan Lewis have experience in all aspects of judicial review claimant work, including obtaining emergency orders and other interim relief to prevent breaches of human rights, following up judicial reviews with actions for damages in both the County and High Court and successfully pursuing judicial review matters to the Court of Appeal and Supreme Court. Duncan Lewis carry out both publicly and privately funded work.