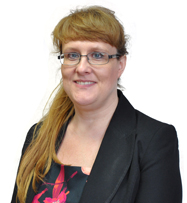 Recommended by Legal 500 2016 Edition for its work representing landlord and tenants in social housing matters across London and South Wales, Duncan Lewis is pleased to announce the recent appointment of Bernadette Chikwe as a Director of Housing for the company’s East London, Dalston branch.

Bernadette Chikwe has a broad practice across East London specialising in all aspects of housing litigation and tenant/landlord social housing matters.

Regarding Bernadette’s appointment, Practice Director Jason Bruce said: “Our London based Housing Litigation team is renowned for its standout expertise in all aspects of social housing law. Bernadette is a leader in her field and we are very pleased to have her on board.”

Duncan Lewis' Housing team represents tenants and landlords nationwide in all aspects of housing litigation. The team was applauded by Legal 500 2016 for its "standout expertise in possession and unlawful eviction cases".

The Housing Department offers representation in all proceedings including reviews, appeals and judicial review proceedings relating to homelessness, disrepair, succession for tenants and neighbourhood disputes against local authorities and is one of only five housing legal teams in the UK permitted to provide telephone / online remote advice to publicly funded clients in all areas of publicly funded social housing law via the civil legal advice (CLA) scheme.