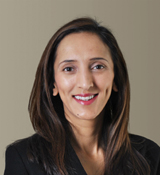 Duncan Lewis Solicitors are pleased to announce Law Society Childrens Panel Solicitor Ravi Mahey has joined the firm as a Director and Joint Head of the firm’s Childcare department.

Ravi, who joined Duncan Lewis as a Director and Joint Head of the Child Care Department in August 2014 qualified as a Solicitor in 2002. Prior to joining Duncan Lewis, Ravi worked for one of the largest regional Child Care Teams in the Midlands for six years and in 2011, Ravi joined a city firm in London as a senior member of the Children’s Law department.

Ravi brings to the firm particular expertise representing parents and young people involved in care proceedings involving a wide range of issues including drug and alcohol misuse, violence, chronic neglect, mental health difficulties or mental incapacity and learning difficulties. Ravi has significant experience representing teenage mothers and fathers who have been in care themselves and has also acted in a number of cases involving applications by the Local Authority for a young person to be placed in Secure Accommodation and applications for Emergency Protection Orders.

Ravi brings her experience handling complex cases. She has been involved in complex medical cases involving allegations of ‘baby shaking’, non-accidental injuries, attempted murder and also factitious illness syndrome. Ravi also represents parents and children in private law children disputes and has been involved in a number of cases where parental alienation exists.

In addition to Public Law proceedings, Ravi also acts for victims of domestic violence and has particular expertise representing individuals where there have been serious allegations of sexual, physical and psychological abuse. She has frequently hosted seminars and workshops catered towards frontline aid workers/agencies with regards to the law and coordinates various advice surgeries and clinics. Ravi undertakes pro bono work on a regular basis and is committed and dedicated to assisting vulnerable members of society whenever possible.

Recently, Ravi has been involved in a number of complex child abduction matters. She also regularly represents adults seeking to adopt and receives referrals from local authorities to act for adopter's.

Ravi is part of the central Family Court duty advocacy scheme and volunteers for same on rotation. She is a keen advocate and has represented clients in the Family Proceedings Court, County Court and High Court.

Ravi added in regard to her recent move to Duncan Lewis Solicitors; “I am looking forward to joining a very highly regarded child care team“.

Ravi is a member of the Law Society's Children Panel, Resolution and the Association of Lawyers for Children. She is fluent in Punjabi and conversational in Hindi and Urdu.