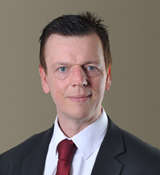 Duncan Lewis Solicitors are pleased to announce that Law Society Children Panel Member and Assessor Richard O’Hagan has joined their Childcare Law department as a Consultant Solicitor based in the firm’s Birmingham branch.

Duncan Lewis Childcare solicitors are a leading provider of Legal Aid services and can advise on a range of child care matters. Richard will be joining a number of Childcare Law Solicitors specialising in Childcare law matters including; Care Proceedings; Child abuse; Children taken into Local Authority care; Court of Protection and International child abduction.

Richard stated of his move;

“I am very excited by the opportunities presented by joining Duncan Lewis. It is a large, progressive and vibrant firm. In my first few days, I have been struck by the warmth and support of my colleagues and also by the cultural and ethnic diversity within the firm. I always felt that a firm that is in itself diverse is better placed to meet the needs of the diverse community it serves. I am grateful for the opportunity Duncan Lewis has given me to develop my practice as Child Protection Solicitor, to which I have been committed for many years, and to balance that against the responsibilities of my other roles as an assessor for the Law Society’s Children Panel and as a part-time Judge.”

Richard O’Hagan joined Duncan Lewis Solicitors in July 2014. He is a Consultant Solicitor in the Child Care department based in the Birmingham office. Richard is a member of the Law Society’s Children Panel as well as a part-time Judge and an assessor for the Law Society.

Richard has over 15 years experience in Family Law. He graduated in Law at Cardiff University and gained his professional qualification at the College of Law in Chester.

He was admitted to the Roll of Solicitors in 1998. Richard has practiced as a Solicitor in Birmingham for the majority of his career and is well known to other professionals in including the Judiciary, Solicitors and Barristers, Guardians and Court Staff within the Birmingham area.

Richard was appointed as a part-time Judge in 2011. He regularly sits as a Judge in courts across the central region of the country.