HomeJudge held that decisions of the Legal Aid Agency to refuse to grant Exceptional Case Funding to a vulnerable St. Lucian woman were clearly flawed

Judge held that decisions of the Legal Aid Agency to refuse to grant Exceptional Case Funding to a vulnerable St. Lucian woman were clearly flawed (23 June 2015) 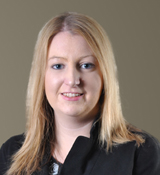 Duncan Lewis represented a Claimant who was refused Exceptional Case Funding (ECF) for an Article 8 appeal. In her decision, the Judge forced the Legal Aid Agency (LAA) to reconsider their decisions to refuse ECF, and the LAA has since granted ECF to cover our client’s ongoing appeal proceedings.

Since March 2014, Duncan Lewis had been representing the Claimant, a St. Lucian woman at risk of not being paid, as Legal Aid is no longer available for Article 8 appeals. Our client had not been represented in her previous appeal hearing before the First-Tier Tribunal (FTT). Although she attempted to represent herself before the FTT, she was unable to do so and she left the court in tears. Despite the fact that reports by a psychiatrist and our client’s GP stated that our client’s post-traumatic stress disorder, anxiety and depression meant that she could not represent herself or face cross-examination, the FTT judge refused an adjournment of her appeal.

After an unsuccessful application for ECF and after subsequent applications for the LAA to review their decision failed, we lodged a Judicial Review application in January 2015 to challenge the decisions of the LAA to refuse to grant ECF to our client. Following a grant of permission to apply for Judicial Review, the case proceeded to a full hearing, at which our client’s Judicial Review claim was allowed. In her judgment, Mrs Justice Robinson stated that the LAA had taken an incorrect and unfair approach to the First-Tier Tribunal and Upper Tribunal decisions. Further to this, the Judge took the view that our client needs public funding in order to present her case properly, and that the LAA had failed to take into account the guidance on vulnerable witnesses or properly consider her human rights claim.

This decision demonstrates the problems in the system of ECF, which in theory provides access to justice for individuals who would normally not be eligible for Legal Aid to obtain funding, but in practice is so rarely granted that it is almost illusory. Even for individuals such as our client, who has a strong Article 8 claim, and who clearly would not be able to represent herself in her appeal due to her vulnerability, the LAA repeatedly refused to grant ECF, and did so only after a High Court Judge held their decisions to be unlawful and unfair.

Hannah Baynes joined Duncan Lewis in December 2013 initially as a caseworker in the Public Law Immigration Department. In July 2014 Hannah started her Training Contract and is now a Trainee Solicitor. Hannah is Level 2 accredited as an Immigration and Asylum Senior Caseworker with the Law Society Asylum and Immigration Accreditation Scheme. She currently works in the Public Law Immigration Department, working on claimant Judicial Review applications, as well as detained fast track cases, bail applications, appeals and fresh asylum claims.

Hannah studied Law at the University of Liverpool , graduating in 2010 with a 2:1 LLB (Hons.) degree. During her time at university, Hannah undertook a number of work placements in the UK and East Africa . After graduating from university, she went on to study the LPC at the College of Law , Manchester . From 2011-2013, she worked at a large legal aid law firm in West Yorkshire in the areas of family law and Immigration.