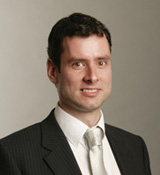 Gabor Nagy, a solicitor and director of immigration, acted on behalf of two clients that were detained purely because they were found to be homeless. As Hungarian nationals, the Home Office detained them under immigration powers on the basis that it is an abuse of EU treaty rights, despite the fact that the policy on EEA rough sleepers no longer applies. It was as a result of Gabor’s representations that the Secretary of State eventually conceded that both had been detained unlawfully, awarding each a sum in damages.

The Case of ESZ

Gabor acted for ESZ, a Hungarian citizen, in his unlawful detention case. He was detained on three separate occasions on the following dates: -


In total, the Claimant was detained for a total of 167 days. Gabor challenged the lawfulness of his detention on the following grounds: -

Gabor relied on the High Court case of Gureckis v SSHD [2017] EWHC 3298 (Admin), in which the Defendant’s policy guidance on EEA rough sleepers had been quashed. This policy had set out the circumstances in which “rough sleeping” had been treated as an abuse of EU Treaty rights, rendering an EEA national liable to removal if this was proportionate in the eyes of the Secretary of State or the officials acting on his behalf.

In Gureckis the Claimants argued that sleeping rough could not constitute an “abuse of rights” under Article 35 of EU Directive 2004/38/EC (which is implemented in to UK law by Regulation 26 of the Immigration (European Economic Area) Regulations 2016). They also argued that the policy discriminated unlawfully against EEA nationals, and that it involved systematic verification, contrary to the requirements of EU law.

In response, it was argued on behalf of the Secretary of State for the Home Department that the Guidance only treated rough sleeping as an indicator of conduct constituting an abuse of rights, which would then trigger investigation of the individual circumstances of the case. An “abuse of rights” could arise where there was deliberate and/or persistent rough sleeping which was socially and economically harmful, including: entering the UK with the intention of rough sleeping to save money, or by not making arrangements to secure accommodation; or, after entry to the UK, continuing to sleep rough without taking up the options of accommodation or returning to the home Member State.

It was, however, acknowledged by the Secretary of State that it might not be appropriate to treat rough sleepers as abusing their rights if they had inadvertently fallen on hard times and intended to find accommodation or leave the UK. Under the policy, once an abuse of rights had been identified, the proportionality of proposed administrative removal would then be considered.

The Claimants were held to be correct in contending that the policy treated rough sleeping in itself as establishing an abuse of rights.

Furthermore, whilst circumstances will inevitably arise where EU citizens residing in another Member State create social problems and become a burden on the host State, for example through criminal conduct, Article 27 of the Directive (implemented in to Regulation 27 of UK law) restricts the removal of EEA nationals. By virtue of Article 27(1) and (2), the grounds of public policy, public security or public health must “not be invoked to serve economic ends”, and the “personal conduct of the individual concerned must represent a genuine, present and sufficiently serious threat affecting one of the fundamental interests of society.” Rough sleeping, even where accompanied by low level offending, would not constitute such grounds for removal.

In light of this case law, Gabor drafted and lodged a Letter Before Action (LBA) setting out the relevant law and legal arguments. Negotiations then took place and the Secretary of State eventually relented and conceded that ESZ had been unlawfully detained throughout his 167 days in detention. The matter was settled with the award of £21,000 in damages and the Secretary of State agreed to settle all costs.

The Case of IN

In another case, Gabor acted for IN, a Hungarian citizen, in his unlawful detention case. He was detained for a total of 47 days for rough sleeping.

Gabor raised similar arguments to that in the ESZ case and the Secretary of State eventually relented and conceded that his Client had been detained unlawfully throughout his period in detention. Although he was detained for fewer days than ESZ, Gabor also asked for aggravated damages for the Secretary of State’s egregious abuse of his plenary powers regarding Hungarian and therefore EEA nationals. IN was awarded £12,000 in damages and Gabor obtained all costs from the Secretary of State.

The success in these two cases highlights the Secretary of State’s practice to detain those EEA national considered to be homeless without correctly applying the procedures laid out in the 2016 Regulations. The fact that this is still being challenged demonstrates the clear need for legal practitioners to act on behalf of these marginalized individuals to ensure that this unlawful treatment does not go undetected.

It is hoped that the result in the cases of ESZ and IN will assist in preventing injustice in the future detention of rough sleepers.

He has significant knowledge of Hungarian extradition and detention proceedings as well as Hungarian nationality and immigration law. Gabor has also registered and enforced Hungarian county court judgments in the Queen’s Bench Division at the High Court under European Enforcement Orders, and successfully enforced debt orders in the County Court for Hungarian clients through Attachment of Earnings and Third Party Debt orders.