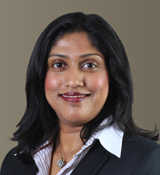 The case involved two Iraqi nationals who sought asylum in the United Kingdom. Having previously travelled through Austria, the law recognised Austria has the country responsible for determining their claims for asylum under the Dublin III Regulation (Regulation 604/2013). This is the first time the high court has heard a challenge on returns to Austria under Dublin III Regulation. When considering their asylum claim, as these claimants had travelled through Austria, the UK Home Office rejected their claims as clearly unfounded and sought their removal to Austria for their claims to be determined from there. Both claimants were Kurdish fighters known as the Peshmerga, fighting against ISIS from 2014. Their asylum claim is based on that involvement and on fear of retribution by ISIS.

Krisha Prathepan of Duncan Lewis challenged the decision of the Secretary of State for Home Department to certify his human rights claim as "clearly unfounded" by way of a judicial review challenge on the ground that they have an arguable claim that their removal to Austria would expose them to a real or substantial risk of inhuman or degrading treatment in breach of Article 3 of the European Convention on Human Rights ["ECHR"] and/or Article 4 of the Charter of the European Union on account of the state of conditions upon their return to Austria. Duncan Lewis also challenged the decision to detain, claiming that the detention was unlawful.

As set out in court, one of the claimant describes being arrested and detained in Austria and kept in dirty, unsanitary and cramped conditions. He says he was subject to abuse and assault by the Austrian police as he refused to be fingerprinted and he alleges he was fingerprinted by force. Once fingerprinted, he was released. He says that he slept on the streets for five days and then used hidden money to travel on through France and to the UK, via Calais.

Although the judicial review challenged, regarding the case, Krisha said: “As a course of our investigations, we have discovered flaws in the Austrian asylum system and we will continue to persevere to protect our client’s rights. On this case, we will be appealing.”

Krisha is a Supervisor in the Duncan Lewis Immigration department with a considerable London practice in Judicial Review claimant matters involving Dublin III Regulation matters and unlawful detention issues. She has and continues to represent the most vulnerable members of society, such as victims of torture and victims of trafficking.

Duncan Lewis was the first law firm in the UK to achieve Investors in People Gold Accreditation in 2009. Duncan Lewis operates the largest immigration team in the UK with a broad practice representing business and individual vulnerable clients at all levels in all aspects of personal immigration, asylum/human rights and nationality matters and is the dominant legal firm in the UK for the provision of publicly funded immigration legal services for asylum, immigration detention, bail, deportation appeals and EC law issues. The firm’s Immigration practice is recommended by Legal 500 UK 2015 as a Top Tier Immigration Practice in Wales and as a Leading Immigration Practice in London and the Midlands area respectively.

The Duncan Lewis Judicial Review (Public Law) department is recommended by Legal 500 2015 for its depth of experience in immigration and civil liberties challenges and is acknowledged as having a "stellar reputation in handling test cases". The Public law team is well established and known by the Legal Aid Agency, the Courts, and the Treasury Solicitor. Duncan Lewis have experience in all aspects of judicial review claimant work, including obtaining emergency orders and other interim relief to prevent breaches of human rights, following up judicial reviews with actions for damages in both the County and High Court and successfully pursuing judicial review matters to the Court of Appeal and Supreme Court. Duncan Lewis carry out both publicly and privately funded work.