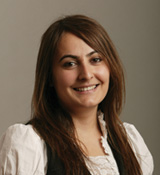 Court Judgement states that the SSHD is to publish further clarification whether her policy requiring asylum and Article 3 protection claims to be made in person includes claims for humanitarian protection after case of Sri Lankan National represented by Duncan Lewis Solicitors “addressed the issue of wider importance” following an alleged breach of a consent order agreed in a judicial review claim.

Duncan Lewis, Public Law Solicitors represented the Claimant, a Sri Lankan national who arrived in the UK in April 2010 and who then claimed asylum the following June. In April 2012 the Applicant brought a challenge to a decision of the Respondent of 15th April 2012, for which permission was granted at a renewed oral application. The claim was settled by a consent order signed by both parties on 26th November 2012 and sealed by the Administrative Court on 11th December 2012.

It was alleged that the Respondent breached the terms upon which the parties agreed to settle the claim as set in the Consent Order. This was the “nub” of the instant claim for judicial review, for which permission was granted by the Upper Tribunal at a renewed application on 7th April 2014.

As stated in the judgement handed down from the case, under the terms of the Consent Order, the Respondent “agreed to withdraw her decision of 15th April and reconsider the medical evidence that was before her with any further representations made by the Applicant within two months of the date on which any further submissions were received by the Respondent.” Furthermore, the Applicant “agreed to withdraw her claim for judicial review and make any such further submissions within two weeks of the date which the Consent Order was signed.”

The Applicant made further representations in writing which were dated 12 December 2012. These were posted to Lunar House in Croydon. Due to the fact that these were not made in person, the Respondent did not consider these representations to have been validly made. The Respondent allegedly took the view that “they should have been made in person, as her policy published on her website makes clear.” Firstly, the Applicant contended that the Consent Order did not make any provision for the manner in which the further representations were to have been made”. Secondly, “it was contended that the policy was unlawful”.

Following permission being granted on 7th April 2014, the Respondent granted the Applicant refugee status. Since then the claim has become academic, due to “the extent that the claim sought the Tribunal to order the Respondent to make a decision in her case within a specific time period.”

According to the judgement handed down from the case, it was heard at the hearing that, “the Tribunal granted permission not only on the ground that it was arguable that the Respondent's delay in reaching a decision in this particular case was unlawful but also that it was arguable that the Respondent's policy that requires certain applications to be made in person was unlawful.”

Consequently, as stated in the handed down judgement, the Respondent was willing to publish further clarification of her policy, “which addressed the issue of wider importance”, for which the Tribunal held that;

'In my experience SSHD have been in breach of consent orders which not only made provision for the Claimant to make further representations but in other cases where a decision was due within a specified timeframe. Although we have achieved a good outcome for the client in this case, I believe that the SSHD should continue to be challenged for her routine flouting of consent orders.'

Duncan Lewis are grateful to Chris Buttler of Matrix Chambers.