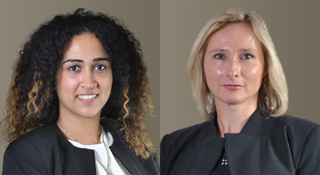 Duncan Lewis Solicitors have just come back from the Jungle in Calais where they are helping to reunite stranded refugee children with family members in the UK. In partnership with Safe Passage and with support from the Red Cross, Zofia Duszynska and Sondos Arafa join a team of British lawyers assisting children to achieve safety as soon as possible.

Zofia said: “As specialist asylum lawyers it is difficult to stand by as children who have fled from war and persecution in Darfur, Afghanistan and Syria spend months living in the most dire situation in the camp facing violence and deprivation every day. The children we met were frightened and confused, several carrying injuries sustained in the camp and unable to comprehend the barriers that still remained in their way.”

In a ground breaking order, the Court of Appeal ruled that unaccompanied children and dependant adults should, under European law, be allowed to be reunited with their family members in the UK whilst their asylum claim is being considered. Bureaucratic failings meant that despite there being many provisions which can aid children to come to the UK, in practice it is virtually impossible. Recent figures suggest that there are more than 600 unaccompanied minors living in the Jungle in dangerous and squalid conditions. So far the number who have made it to the UK legally this year is between 20 and 30.

An amendment to the Immigration Act allows the British government to resettle unaccompanied refugee children registered in Europe but so far few local authorities have provided the support for this to happen.