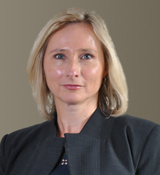 Zofia joins Duncan Lewis with a specialism in immigration asylum work and a particular expertise in cases involving gender-based persecution, asylum-seeking children, human trafficking and exclusion from the Refugee Convention. Zofia possesses wide experience in representing adult and child victims of human trafficking for domestic servitude, sexual and labour exploitation in both their applications to be recognised as victims of trafficking and in international protection claims.

Zofia was a founder member of ATLeP (Anti-Trafficking Legal Project) an information network of lawyers and specialist practitioners assisting victims of trafficking.

Zofia has been involved in a number of notable cases, including;

SB Moldova CG [2008] UKAIT 00002 (PSG - Victims of Trafficking - Protection Regulations - Regulation 6) which established that former victims of trafficking could be a particular social group for protection under the Refugee Convention.

S and others [2006] EWCA Civ 1157 (Judicial review of Home Office failure to apply policies, abuse of power, extent of temporary admission for those granted limited leave to remain but excluded from the Refugee Convention).

‘I am pleased to be joining Duncan Lewis, a market leader in civil legal aid across multiple areas of law and a firm with the experience and breadth among their legal team to pursue legal challenges to the highest level.’

Duncan Lewis is one of the UK’s leading firms of Immigration Lawyers and is also a leading provider of Legal Aid Services in the UK. The firm’s Immigration and Public Law Departments have both been recommended by the Legal 500 2014 and the firm’s Cardiff based Immigration practice was recommended as a Legal 500 “Top Tier Firm” of 2014. Duncan Lewis has the largest immigration team in the UK with a broad practice representing business and individual vulnerable clients at all levels in all aspects of personal immigration, asylum/human rights and nationality matters and is the dominant legal firm in the UK for the provision of publicly funded immigration legal services for asylum, immigration detention, bail, deportation appeals and EC law issues.