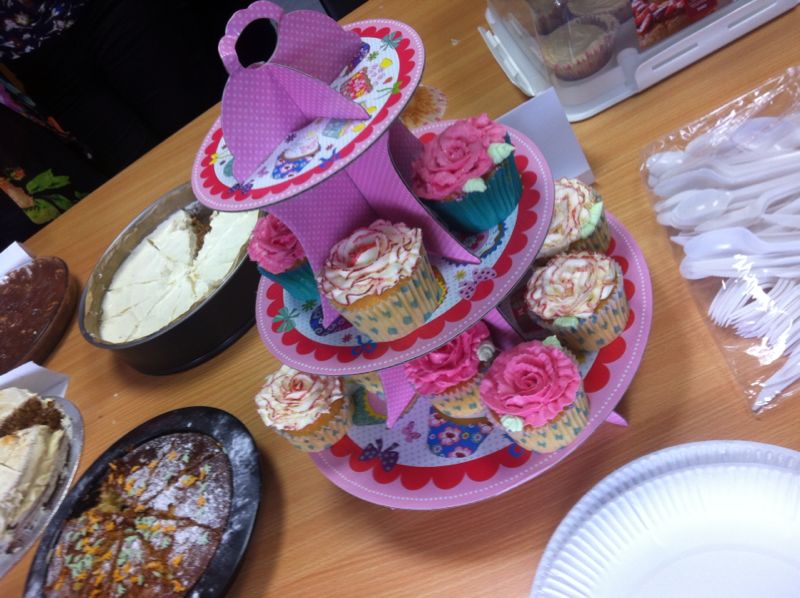 Duncan Lewis Solicitors have raised £1302.09 for the Medical Aid for Palestinians Gaza Humanitarian appeal with a staff bake off and dress-down day on the 15th August 2014.

Duncan Lewis is the largest Civil Legal Aid provider in the UK. Some of the key areas of law that we specialise in are Immigration and Human Rights. With this, as a firm we are committed to “upholding the Rule of Law and the rights of vulnerable people in the UK.”

We hold deep concerns at the humanitarian crisis currently happening in Gaza and the Duncan Lewis Charity Committee (DLCC) invited nominations from the staff for charity of the month of August. The DLCC votes unanimously selected the Medical Aid for Palestinians Gaza Humanitarian appeal as the charity of the month of August 2014. To raise funds and get everyone involved in the cause the we held our own in-house staff bake off and dress-down day on Friday 15th August 2014.

These two events, in conjunction with the firm’s charity football tournament held at Wembley Stadium Power Leagues on the same day brought the total amount donated to the Medical Aid for Palestinians charity to £5602.

“The firm's motto is that "we give people a voice". The contributions and funds raised from the bake-off and dress-down Friday is our staff chipping together to practically give Medical Aid for Palestinians the voice they need for the work they are doing. It is a tiny drop in a big ocean of work but the firm's attitude is that every little bit helps.”

The events, which took place throughout our UK offices saw staff taking the chance to opt for casual clothing and to bring in cakes which they baked themselves. The cakes were then sold to other members of staff and a competition was held based on a panel of taste-specialist judges nominated by the staff themselves.

The competition took place in a number of our offices, with the winners receiving specially made certificates; congratulating them on their culinary abilities as well as their expert legal services.

The competition winners, and their cakes are as follows;

All proceeds raised from the events were donated to Medical Aid for Palestinians who are operating a 100% donation policy.

The population of Gaza is 1.8 million. The population of Gaza live in a space the size of the Isle of Wight making it one of the most densely populated places on earth. With no safe place the entire population has been affected by the recent bombardment and more than 10,000 people need medical treatment – over 3,000 of which are children.

Medical Aid for Palestinians is on the ground coordinating aid and evacuating the severely injured.

Jo O’Neil, the director of MAP expressed the following statement of gratitude to us for our charitable efforts

“It means a lot to our team in Gaza when they hear of People in the UK are doing so much to help. So a big Thank you to everyone at Duncan Lewis for making this happen”.

We Solicitors would like to extend thanks to everyone who took part in raising funds for this cause.

We have released photos of the event on our Facebook account, which can be accessed by clicking here.