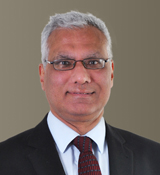 Joining the firm in September 2015 as a Director, David Saldanha is the newest addition to the firm’s Legal 500 UK “Top Tier” Immigration department. David will be predominantly based at the firm’s Harrow on the Hill branch assisting clients with Immigration Asylum, Judicial Review and Court of Appeal matters.

In an impressive career spanning over 20 years, David has appeared as an advocate in hundreds of appeals over the past 20 years before the First-tier Tribunal and Upper Tribunal and their predecessors. David has been the Solicitor in many judicial reviews and Court of Appeal cases in the field of asylum.

I am greatly looking forward to being part of Duncan Lewis Solicitors’ tireless challenge to unlawful decision making and deprivation of liberty.

David drafted the original grounds for permission to appeal to the Court of Appeal in ZD (Turkey) [2008] EWCA Civ 1229 and was the Solicitor for this case which looked at the issue of whether the Home Office’s failure to comply with rule 23(a)(i) invalidated an application for reconsideration made by them. The case was remitted to the Tribunal and heard as NB and ZD (para 59. discretion) Guinea [2010] UKUT 302 (IAC). David gave evidence before the Tribunal in that case which the Tribunal described as “very helpful”.

David provided a witness statement for the case of Semere [2009] EWHC 335 which was referred to by Blake J in his judgment.David’s statement served as evidence in that case as to the respondent's practice in respect of serving determinations. As recorded in the judgment, time was given for the respondent to comment on that evidence and the Treasury Solicitor supported the contents of David’s s statement.
David was the Solicitor in the country guidance case of G in IA and others Turkey CG [2003] UKIAT 00034 which was about risk on return for Turkish Kurds to Turkey. The bundle for the case of G and the argument advanced from that evidence is referred to a number of times in the Tribunal’s decision.
David was the Solicitor for the case of YS (Sudan) AA/02692/2006 which, for eighteen months, was the country guidance in respect of return of non-Arab Darfuris to Khartoum. The Home Office suspended removals to Khartoum pending the outcome of this case, but withdrew the decision in that case and granted the appellant asylum after the appellant’s evidence had been served. Within a few months the Home Office revised their Operational Guidance and accepted that such returns could not take place obviating the need for country guidance.

David drafted the grounds which led to the hearing and decision in LD (Article 8 best interests of child) Zimbabwe [2010] UKUT 278 (IAC).

David was admitted as a Solicitor in 2002. He is accredited under the Law Society Immigration & Asylum Accreditation Scheme, as a Level 2 Caseworker and Supervisor. Prior to joining Duncan Lewis, David formerly worked for the Refugee Legal Centre and Howe & Co. Solicitors.

Duncan Lewis operates the largest immigration team in the UK with a broad practice representing business and individual vulnerable clients at all levels in all aspects of personal immigration, asylum/human rights and nationality matters and is the dominant legal firm in the UK for the provision of publicly funded immigration legal services for asylum, immigration detention, bail, deportation appeals and EC law issues. The firm’s Immigration practice was recommended by Legal 500 UK 2015 as a Top Tier Immigration Practice in Wales in and as a Leading Immigration Practice in London and the Midlands area respectively. With more than 190 specialised staff providing assistance in more than 70 different languages, all of Duncan Lewis’ Immigration lawyers are specialists in their respective fields under the Law Society's Immigration & Asylum Accreditation Scheme. Duncan Lewis Immigration lawyers provide specialist immigration services from offices throughout London and across the UK.