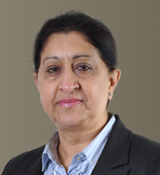 Jaswinder Kalsi, a Solicitor with Duncan Lewis & Co Solicitors has been named on a list compiled by The Sikh Network of 350 Sikh Women to celebrate 350th birthday of Sri Guru Gobind Singh ji – who formed the concept of baptised Sikhs. It aims to raise the profile of contribution of Sikh Women in history.

To celebrate the 350th Parkash Utsav of the Tenth Sikh Guru, Guru Gobind Singh Ji, during the month of January, the Sikh Network team is recognising 350 Sikh Women from history, media, business, charity, human rights who have made a significant contribution in their personal, professional work and are inspirational role models to others and the next generation. The first four or five days will focus on Sikh women in history. One image will be used each day with a small caption along with an alphabetical list of the 11 Sikh women. Following the Sikh women in history category the initial focus will be on recognising Sikh women in the UK followed by recognising Sikh women in similar categories in other countries.

Commenting on her achievement, Jaswinder Kalsi states that she is “surprised and speechless to be listed alongside such category of amazing women including HHJ Bobbie Cheema and other leading women in history”. She notes that “The Sikh Network has taken a very welcome initiative in recognising women who have contributed so much to our community and economy on this auspicious occasion to celebrate the 350th anniversary of the birth of Guru Gobind Singh Ji – a leading social reformer and champion of human rights.”

Jaswinder works in the Family Legal department at Duncan Lewis and is based in the firm’s Head Office in Harrow-on-the-Hill. In November 2016 she was recently awarded the Society of Asian Lawyers’ Prestigious Lifetime Achievement Award. The Society of Asian Lawyers (SAL) aims to promote and develop the legal profession in the Asian community within the UK. Jaswinder was the founder of the Asian Women’s Lawyers Network and has throughout her career engaged in voluntary legal advice work with local CAB, Women's Group and the Rights of Women. Additionally, by being able to speak Punjabi, Urdu and Hindi, this has allowed her to help those in the Asian community that are unable to speak English. She continues to fund raise at the Sikh Temple and has previously taken part in charity functions including a Mount Snowdon Climb and annual food runs for a local homeless charity. The Harrow Family Law team, which Jaswinder is part of, continues to provide advice sessions and assistance with an Asian Women’s Refuge, the Watford Women Centre and the SSFA, a charity that provides lifelong support for the Forces and their families. Jaswinder also recently assisted in helping to set up a women’s group in Southall called Voice of Women and works closely with Jeena International, which is based in Slough and helps homeless women and victims of honour abuse.

Jaswinder has over 20 years of experience as a Solicitor and has specialised in Family Law matters for 10 years. She is an Accredited Family Panel member of Resolution and a qualified Family Mediator having trained with ADRg group. Her work has ranged from domestic violence, divorce and financial settlements, private law children's matters to care proceedings. Some of her notable cases have been high profile and High Court matters; of particular interest was a care proceedings matter in which she represented a mother charged under the Terrorist Act which was the first case of its kind. She has represented a party in care proceedings in which the family was placed under witness protection and the proceedings were conducted in secrecy. She has also represented a wife in a financial matter where the court had to deal with an issue of lottery winnings. She has also represented a partner who successfully sued the estate of her late partner for a financial settlement having been opposed by the sons of her late partner; the matter involved complex issues of Asian culture.

On the 26th of November 2015, Jaswinder wrote an article entitled ‘Missing Voice of Sikh Women’ for Naujawani, a website launched in 2006 as an online media platform for a global Sikh and Punjabi audience. To read her article click here