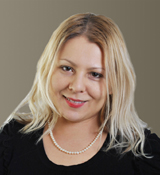 The recent Duncan Lewis judicial review case of MJE's appeal led by lead solicitor Sabina Angeli saw the Tribunal accept the appeal of an Afghan asylum seeker who arrived in the UK to escape from life threatening circumstances he faced from the Taliban.

MJE endured a gruelling trip initially to Iran (on foot), then Turkey, Greece, France and eventually arrived in the UK in a lorry. In Afghanistan he was working for 3 years as Interpreter, assisting American Marines in fighting the Taliban. He has received numerous death threats from the Taliban and was requested to leave his job, however he decided to continue working. He received a number of commendation letters from his Superiors in his post with the US Marines. Whilst he still was in Afghanistan, he has applied for the US special visa hoping to flee Afghanistan and the Taliban but due to the lengthy process and uncertainty of the outcome he could not remain in the Afghanistan much longer and he fled Afghanistan.

His appeal was initially listed for June 2015, the Home Office withdrew its decision shortly before the appeal to only re-issue the same decision in November 2015. Duncan Lewis appealed again and the hearing commenced in August 2016, which was allowed.

Regarding this case, Sabina said: “The case was following on from the successful Appeal of Lewis Kett’s similar case and I am thankful to him for sharing with me the vast evidence used in his client’s appeal, which certainly helped. Counsel Ai Bandegani has been instructed in the client’s appeal, who has also represented Lewis’s client.”

Sabina regularly represents clients who are accepted on Detained Fast Track process. Sabina has conducted numerous appeals to the First Tier and Upper Tribunal's Immigration and Asylum Chamber. She also has experience in Public Law.

Sabina has successfully challenged the Secretary of State's decisions by way of Judicial Review by taking the cases to High Court. She has also been successful in challenging Unlawful Detention, Removal Directions, cases where Secretary of State has unreasonably delayed consideration of the applications and conditions attached to the Status granted. Sabina has successfully represented vulnerable clients such as victims of Domestic Violence and victims of torture. She is a holder of enhanced DBS/formerly CRB check, which enables her to represent Unaccompanied Minors in their asylum claims.