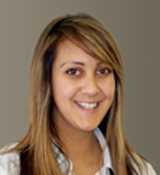 Kat Hacker delivered a talk and participated in a Q & A session at the Law Society Event, which was held at the The Law Society building in Chancery Lane, London. Kat was one of a number of eminent legal professionals in the field of Human Rights who were asked to offer practical advice on the reality of working in the field of Human Rights and in Legal Aid matters in particular.

"I feel privileged to have been asked to participate in the Q & A session at the Law Society 'Be a Human Rights Lawyer', conducted with other individuals who work in the field of Human Rights. I hope to provide practical advice on the realities of working in this field and on working in legal aid particularly since the cuts to legal aid and the introduction of LASPO in 2013. I hope to be able to inspire and encourage the next generation of lawyers who want to practice in this ever challenging field, which although very demanding is thoroughly rewarding."

Kat joined Duncan Lewis in September 2008, having been called to the Bar in July 2008. Kat qualified as a Solicitor in 2011 under the Qualified Lawyers Transfer scheme. Kat obtained her Higher Rights in August 2015. Having qualified as a Level 2 Senior Caseworker and Supervisor under the Immigration and Asylum Accreditation Scheme, Kat currently manages a team. Kat conducts her own advocacy in the Tribunal and more recently has conducted out of hours applications for interim relief before the High Court.

Kat is part of the 'high-quality team' described in Chambers & Partners 2015, run by James Packer. Kat is committed to bringing access to justice for marginalised individuals and represents highly vulnerable individuals ensuring that their best interests are always at the forefront of the case.

Kat has gained a broad range of experience whilst in the Public Law Department and amongst other Judicial Reviews has dealt with:

Kat has also advised in respect of criminal judicial reviews and challenges against decisions made by the General Medical Council the Health and Care Professionals Council.
Call us now on 033 3772 0409 or click here to send online enquiry.