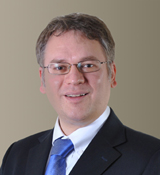 The Immigration Law Advanced Accreditation Scheme covers all types of immigration law legal aid work. To the satisfaction of the Law Society, Level 3 (Advanced) members will have shown that they have significant excellence and expertise in the area of immigration law, be that in private practice or working for an organisation regulated by the Office for the Legal Services Commissioner.

Trevor Hatton joined Duncan Lewis in November 2012 as a Joint Head of Immigration Department. Trevor practices from the company’s Croydon office and he has a significant practice in all aspects of immigration, human rights and nationality matters; with a particular focus on Judicial Review claimant matters and Court of Appeal cases.

Regarding his achievement, Trevor said: “Over the four years that I have been employed as a Director of Immigration & Public Law at Duncan Lewis, I have been engaged in a significant number of high profile and complex cases, which the Law Society has now formally recognised in granting my application for Immigration Law Advanced Accreditation. The Immigration and Public Law departments at Duncan Lewis have a well-deserved reputation for excellence.”