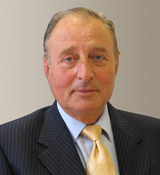 Duncan Lewis Solicitors is proud to announce that Syed Talha Rafique is the winner of the British Muslim Award’s Services to Law Award. Presented by Al Rayan Bank on 25th January 2017 at the Athena in Leicester, these awards aim to acknowledge and honour the achievements of British Muslims throughout the country across various different aspects of society, such as business, charity, sport, arts and culture.

Syed Talha Rafique joined Duncan Lewis as a senior consultant in 1998 and was responsible for setting up the firm’s Property and Commercial departments. In April 2010, he became Chairman of Duncan Lewis, having been integral to the firm’s strategic development since its creation and having defined the firm’s ethos and moral basis as one with a public conscience.

Syed has vast experience in business management and development. A Cambridge graduate, he set up his own practice in 1971 and ran it for over 20 years before merging with Hicks Arnold & Co, with whom he accepted a position as Senior Consultant. He has acted for all major Asian Banks and particularly advised and assisted in setting up the security documentation and methodologies for financial control of mortgages and commercial loans. He has dealt with litigation arising out of the liquidation of Bank of Credit and Commerce SA both for borrowers and employees and conducted settlements in terms of criminal liability and financial repayment.

As an expert in property matters, he has also successfully conducted a Private Bill through Parliament as Chairman and Legal Director of St Georges Hill Residents Association, of which he was involved in drafting and personal representation at Opposed Committee Hearings in both the House of Commons and House of Lords. This came to be known as “The St George’s Hill Estate Act”.

As Chairman of Duncan Lewis Solicitors, Syed Rafique continues to direct the company toward the open corporate structure and management strategy necessary for the UK’s largest legal aid firm, and his input is highly valued.

Duncan Lewis, established in 1998, is one of the country's fastest growing firms of solicitors, serving both corporate entities and private individuals from offices across London and throughout the UK. A recommended leading law firm by both Legal 500 and Chambers UK, and shotrtlisted for PILnet's 2016 European Award for Exemplary Partnership in the Public Interest for it's Dublin III Calais work. Duncan Lewis represents clients in more than 20 practice areas and was the first law firm in the UK to achieve the Investors in People Gold Quality Standard Mark in 2009. Established areas of law are: actions against the police, business immigration, child care, civil liberties, clinical negligence, community care, court of protection, crime and fraud, dispute resolution, debt and insolvency, employment, family and divorce, housing, asylum and immigration, litigation, mental health, personal injury, prison law, professional negligence, public law and administrative law, regulatory matters and welfare benefits.