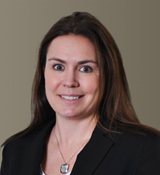 Duncan Lewis Solicitors is pleased to announce that Director Dianne Cowie has been recognised by Chambers UK 2016 as a Leading Up and Coming Individual for her Housing Law work in London.

Following the releases of the Chambers & Partners Guides UK 2016 Edition, Duncan Lewis Solicitors are pleased to announce that Housing Director Dianne Cowie has been recommended as a Leading up and Coming Lawyer in her field of Housing Law in Lonodn.

“Dianne Cowie of Duncan Lewis is described as “an excellent litigator who has been involved in social housing cases at all levels." She recently joined Duncan Lewis as a director within the housing team. She is based in Croydon.”

Dianne specialises in tenant and landlord matters including; disrepair, possession proceedings, tenancy disputes, injunctions, committal proceedings, homelessness appeals and judicial reviews. Dianne’s expertise in these areas has seen her involved in a number of reported cases, including matters which have been decided in the Supreme Court. Dianne’s niche specialism is in housing disrepair matters where she assists tenants and leaseholders in ensuring repairs are carried out to properties, and obtaining compensation for clients affected by property disrepair. Dianne is also experienced in possession cases, handling matters including rent arrears, breaches of tenancies and vulnerable clients whom have had allegations of anti-social behavior.

Duncan Lewis’ Housing Law team is ranked by the Legal 500 as a leading practice for its services to social tenants across the UK. Duncan Lewis provide legal advice and assistance to landlords and tenants on all housing law matters and are highly experienced at finding solutions to housing issues and aim to address cases quickly and effectively.

Duncan Lewis regularly represent clients in the courts throughout London and across the UK, ensuring they receive the highest quality assistance throughout their case.