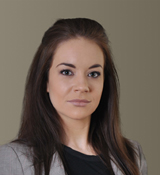 On Friday 18th November 2016 the report prepared and published by Caravana Colombia was launched at the Law Society in London and has been served on both the Colombian and British Embassy. The report includes recommendations made by the Caravana concerning the implementation process of the new Peace Agreement and that transitional justice will be achieved having regard for the protection of human rights defenders.

Eleri appeared on ABN radio yesterday morning to discuss her involvement with Caravana Colombia and to outline the severity of the human rights crisis in Colombia. ABN radio asked Eleri a series of questions such as:

Why was it important for DL to get involved with the Caravana Report? How important is the work of Caravana Colombia and what impact does it actually have? Staying on the subject of Tumaco, how serious is the human rights crisis?

Eleri closed the interview saying that: “I would like to conclude by saying that peace on paper does not mean that human rights abuses stop overnight. It is widely accepted that a country post-ceasefire is at its most vulnerable and the support of the international community is more important now than ever. What will happen in conflict regions such as Tumaco is that demobilised FARC-EP insurgents are likely to join other armed groups and the void in the narcotics trade left by FARC-EP will leave a power vacuum as armed groups vie for control. This will create a climate of intense instability and it is the civilian population and human rights defenders who will bear the brunt of the violence.”

To listen to an extract from the interview see below:

Duncan Lewis’ Eleri Haf Davies is a Trainee Solicitor in the Public Law department . She is an accredited as a Level 2 Senior Caseworker under the Law Society’s Immigration and Asylum Accreditation Scheme and specialises in Latin American asylum claims and human trafficking. Her clients include Colombian, Nicaraguan, El Salvadorian, Cuban, Albanian and Kosovar nationals.