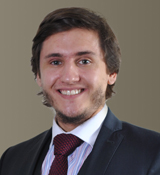 Alexander Henderson of Duncan Lewis works closely with the ‘Halo Project’, based in Teesside, whose work focuses on protecting vulnerable women who are seeking to flee domestic abuse, forced marriage or female genital mutilation.

As part of their outreach work, the Halo Project arranged an event at Marlborough House in Stockton as part of their ‘Safe in Communities’ program. Alexander was invited to speak at the launch event for this program on the 7th November 2016.

Alexander addressed how the increasing incidents of ‘Hate Crime’ being reported from around 44,000 in 2013/2014 to 52,000 in 2014/2015 has significantly risen to 62,000 between 2015/2016. He highlighted that Hate Crime covers a range of violent and abusive behaviour which is aggravated by its focus towards race, religion, sexual orientation, transgender and/or disability.

He commented that the statistics are not representative of the true scale of the problem as it does not take into account the fact that people fail to report the incidents to the Police. Hate crime often goes unreported as the person to whom it is directed towards may not view it as a significant enough incident to notify the Police, along with other factors. Furthermore, incidents of hate crime may overlap with other elements which in turns re-categorises the crime being reported; for example, a person being insulted with respect to their race and religion.

A focus of the discussion at the Halo Project Event was how minority communities can engage greater society and the role media platforms play in causing hate crime. Alexander exemplified this by commenting how a person may commit a crime and the media would ordinarily identify that person only by their name, however, if a Muslim were to commit the same crime it is often the case that they are first identified by their faith. As a result, tensions are created in society as people mistakenly attribute such criminality to the faith of the criminal.

Hate crime arises because the perpetrator is often ignorant and fearful of the individuals to whom they direct racial and religiously orientated abuse towards. Alexander highlighted that minority communities are becoming more insular due to fear of abuse and misunderstanding. Alexander urged those in attendance who represent different minority communities to engage socially, despite their reservations, to enable misconceptions to be corrected and bridges to be built.

He also discussed ‘Radicalisation’ within Muslim communities. It was highlighted that there are a range of factors which make an individual vulnerable to radicalisation. Two key factors elaborated upon were that of isolation and anger. Alexander advised parents in attendance at the event that their children, without their knowledge, may be vulnerable to radicalisation via Social Media platforms and it is therefore vital that parents engage with their children regarding online activity. Alexander noted that often anger develops when certain images and articles, often fabricated to cause anger in those viewing such as children suffering in war torn countries, are shared online and people do not question their source.

Alexander highlighted that many radicalised young people who travel abroad to fight are often ordinary people from the UK. Young adults are often extremely impressionable, especially if they feel socially isolated and have paranoia towards greater society being against them.

To link both matters, he highlighted that such social isolation worsens as a result of hate crime.

Duncan Lewis’ Child Care Law department approaches each case with a level of understanding only achievable through specialising in Child Care law. Whether involving social services, or a private law matter, it is important to be represented by those who understand how the law may affect you and your family. The Duncan Lewis Child Care Law department includes members of the Law Society Children and Family Panel Members. The majority are also members of the Association for the Lawyers for Children, and of Resolution (formerly known as the Solicitors Family Law Association). We have acquired a number of kite-marks which are testament to the quality of the specialised work our staff undertake. We have had several high profile cases which include caste, underage marriages and international elements. To speak to a member of the team on an issue involving childcare, family or any concerns of domestic abuse, forced marriage or hate crime please call our specialist solicitors on 0333 772 0409 who will be happy to help.