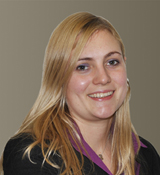 The BBC have learned of claims that families who complain about the poor quality of care given to their relatives in care homes find that the consequences of speaking out leads to measures being placed on them by the home. In some cases this has led to families being banned from visiting or even the eviction of their relative.

Director Jemma Garside was asked to advise why relatives can be banned from visiting their family and what rights the care home had to impose such restrictions. She explained that this was due to the nature of the agreement allowing the resident to reside in the home – it is a licence rather than a tenancy because they do not have exclusive occupation of the home. The care home sets the terms of the licence and this allows them to impose conditions to restrict contact with relatives and to evict residents with relatively short notice periods.

In a particular case relating to Paul Doolan, who was banned from visiting the care home in Somerset where his elderly father Terry lived due to his complaints about the quality of care, Jemma said she “regularly sees cases similar to that of the Doolans, because the legal status of care and nursing home residents is a grey area.” The letter he received banning him from having contact with his father in the home had no legal basis as there was no injunction on him.

Jemma commented that “we at Duncan Lewis have seen a rise in this kind of case. They are often most concerning where the residents do not have capacity to make decisions as to whether they should have contact with relatives or where they should live. It is then down to the Local Authority to make a ‘best interests’ decision and if this is disputed then the case will be transferred to the Court of Protection.” We have even seen Local Authorities recommend that contact with relatives be restricted.

Jemma Garside is a Director in the Duncan Lewis Community Care department. Jemma operates a specialised practice in all areas of Community Care law and matters under the Mental Capacity Act 2005 and in relation to Court of Protection proceedings. Jemma has gained considerable experience in the Court of Protection as well as conducting successful claims for judicial review against a wide range of public bodies, including Local Authorities, Primary Care Trusts and the Home Office.

Duncan Lewis' Community Care department offers assistance to help access social care services for those who are not receiving the care they need. We believe the most vulnerable members of society are entitled to satisfactory services from institutions and organisations that have the duty to help. The strength of the Duncan Lewis Community Care department lies in its unrivalled knowledge and experience as evidenced by their recent recognition in the Legal 500 for Court of Protection work. Duncan Lewis is amongst a handful of firms who have been awarded a Legal Aid Agency franchise for Community Care work.