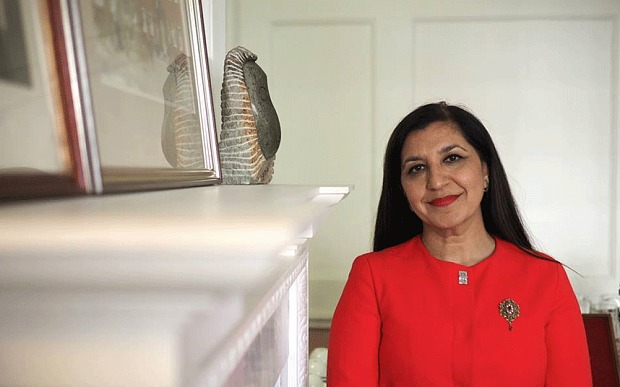 Head of Duncan Lewis Islamic Law department Aina Khan featured in The Times on the 3rd July 2015 discussing young Muslims and the rise of Sharia marriages and the issue of polygamy sometimes found in these cases.

With the rise of Sharia marriages in Britain, Aina Khan spoke to the The Times regarding the issue of polygamy sometimes found in these cases.

The Times stated that as many as 100,000 couples living in Sharia marriages, which are not valid under UK law, are bypassing registry offices. As a result Ministers have raised fears that women can be left without the right to a fair portion of the assets if the relationship ends, while others are forced to return to abusive “husbands”.

Aina Khan, a leading Islamic family lawyer warned that the increase in Sharia ceremonies among the 2.7 million-strong Muslim population in Britain was also behind a growth in “secret polygamy”.

“Probably a quarter of all couples I see involve polygamy issues,” Aina Khan told The Times. “There has been a huge rise in recent years because people can have a secret nikah [Islamic marriage] and no one will know about it.”

A link to the original article can be found here.

Aina’s discussion in The Times coincides with her Register Our Marriage (ROM) roadshow, a series of national press conferences taking place throughout the UK aimed to inform and to tackle the serious and rapidly growing problem of unregistered religious marriages and suggesting solutions, including legal reform, Law Commission consideration and a widespread education campaign about legal pitfalls.

Aina’s “Register Our Marriage” (ROM) roadshow has already seen successful turnouts throughout the UK, including Bradford, London and Birmingham.

In her roadshow press conferences, Aina addresses the importance of registering religious marriages in the UK. It is estimated that around 80% of British Muslims aged under 30 are in unregistered marriages and that this is growing.

With this in mind, Aina Khan has initiated the “ROM” Project to lobby for an update of the Marriage Act 1949, which at present only covers Church of England, Jews and Quakers. This project enjoys Interfaith, Cross-Party and grassroots support and the ROM National Working Group is making strong inroads.