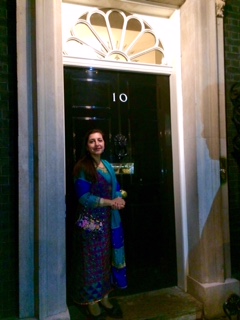 Aina Khan, Head of the Islamic Department at Duncan Lewis Solicitors, attended the Eid reception given by the Prime Minister David Cameron at No 10 Downing Street on 8th October 2014.

Aina Khan was invited in recognition of her pioneering work on Muslim family law issues and her role as a leading influence in the Muslim community.

During the speech the Prime Minister thanked all guests for attending the reception and wished everybody Eid al Adha Mubarak. He highlighted that Muslims are positive contributors to the country’s economy, politics, NHS, education and society at large.

A link to the Prime Minister’s speech can be found here.
https://www.gov.uk/government/speeches/david-camerons-2014-eid-al-adha-reception-speech

"It was an honour to be invited again to the Eid reception at No 10 Downing Street and to spend time with leading Muslims bringing positive change in all aspects of British life".