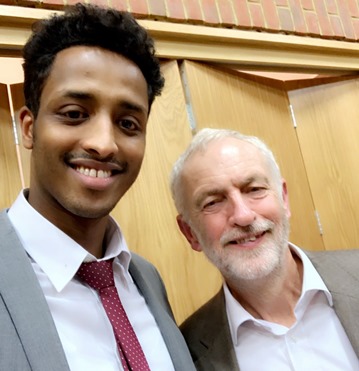 The event itself was open to the Islington North BAME Community and all Islington North Labour Party members as an opportunity to talk about various issues, including: the Windrush 70th Anniversary, BAME contributions to the NHS, Stephen Lawrence, race and work, BAME community action, and politics. Key figures were invited to attend to talk on relevant topics.

Ahmed regularly acts for those who have been kept in immigration detention even though they have been identified as as ‘Adults at Risk’. His presentation at the forum further highlighted the abuse occurring within immigration detention centres (IRCs), which can result in migrants who have escaped from torture becoming re-traumatised. As a specialist in immigration, asylum and human rights, Ahmed and his team fight to protect those marginalised by challenging the policies and practices of the Home Office which risk injustice.

Ahmed’s presentation was followed by a Q & A session which invited attendees to ask about the issues which matter to them.