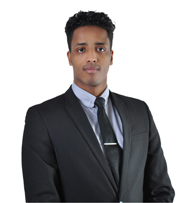 Ahmed Aydeed, a solicitor and director at Duncan Lewis Solicitors, was invited to appear on the panel at Matrix Chambers on the 25 April 2018 to discuss modern slavery and trafficking in the UK.

He highlighted a multitude of systematic problems with the NRM process including delays in the making of NRM decisions and the lack of co-operation between public bodies to combat modern slavery and trafficking. Ahmed warned that the lack of contact between public bodies has led to the competent authority not informing relevant authorities of NRM decisions, which leads to the criminalisation of victims of trafficking. Victims of trafficking are then detained under immigration powers by the Home Secretary on grounds of ‘public order’ because of these criminal convictions.

Ahmed also spoke on the failure by First Responders to identify victims of trafficking and when victims are finally identified, the Home Secretary is failing to provide support and assistance.

Other speakers at the event spoke about other legal issues relating to victims of trafficking.

Jessica Simor QC focused on modern slavery, the fashion industry and the issue of the living wage.

Chris Buttler spoke about cases regarding obligations under Article 4 ECHR and the duties regarding the recovery and reflection period, especially for those in immigration detention.

The event was chaired by Samantha Knights QC and was attended by approximately 100 people.

Ahmed has been at the forefront in the battle against the unlawful detention of migrants in the UK, the unlawful processions of asylum claims in the UK through the Detained Fast Track (DFT) system and, in particular, the criminalisation & detention of trafficking victims.

He has brought successful class action challenges against the Secretary of State for the Home Department for the administrative detention of vulnerable asylum seekers under the DFT process and the Detained Asylum Casework process (DAC); the criminalisation & administrative detention of victims of trafficking; and the policy and application of Detention Centre Rules 34 and 35. These rules outline the Secretary of State’s obligation to guarantee that a medical practitioner carries out a mental and physical examination of all detainees, in order to ascertain whether or not detention is suitable in each case.

The Duncan Lewis Public Law department continues to be recommended by Legal 500 for its depth of experience in immigration and civil liberties challenges and is acknowledged as having a "stellar reputation in handling test cases". The Legal 500 2017 edition applauds Duncan Lewis for its specialism in judicial review and Court of Appeal cases.

Our solicitors carry out both publicly and privately funded work with extensive experience in all aspects of judicial review claimant matters, including obtaining emergency orders and other interim relief to prevent breaches of human rights, following up judicial reviews with actions for damages in both the County and High Court and successfully pursuing judicial review matters to the Court of Appeal and Supreme Court.