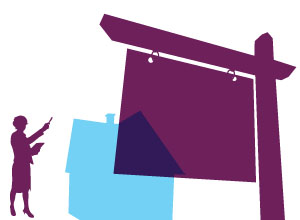 A Tory property tycoon's company has snapped up half the Olympic Village at a bargain price. Jamie Ritblat's firm, Delancey, bought the site in which the athletes will stay during the 2012 Olympic Games for just £557 million – an estimated loss of around £300 million on the money spent building the site. The Olympic Delivery Authority (ODA) conducted the sale on the Government’s behalf.

According to industry experts, significant profit could result from the investment. The company plans to rent out the majority of the 1,400 homes. Mr. Ritblat’s company's offer was allegedly the best offer put forward for the site. It is believed that the Olympic Village homes, which lack kitchens, will require major refurbishment prior to being resold or rented.

Cynics have questioned the timing of the deal, which comes soon after Delancey's substantial donation to the Conservative Party. Mr. Ritblat's father, property tycoon, Sir John Ritblat, was also the chairman of the Conservative Party's Olympics Oversight Committee. The committee was set up back in 2007 to scrutinise the London 2012 budgets.

An ODA spokesperson claimed that they received bids from three shortlisted bidders. Each bidder was assessed in terms of both their long-term plans for the development and in delivering value for money against taxpayer’s investment. The spokesperson adds that no other factors were considered in the decision-making process. Mr. Ritblat has declined to comment on his donations to the Tory Party. A Conservative Party spokesperson claimed that the Olympics Oversight Committee had failed to meet since the General Election.

Conveyancing solicitors at Duncan Lewis are able to act for clients large and small across a range of commercial and residential transactions.