The Home Office announces a 12-month immigration amnesty for Grenfell victims, leading many to question whether 12-months is long enough to heal (11 July 2017) 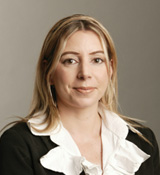 The Home Office has recently announced that a 12-month immigration “amnesty” will be granted to the survivors of the Grenfell Tower fire. A government publication, ‘Grenfell Tower immigration cases (guidance on handling cases involving survivors and other individuals directly affected by the fire)’, was published for Home Office staff on 5th July 2017.

Immigration minister Brandon Lewis told MPs that the decision was made in recognition of the fact that a number of foreign nationals directly affected by the fire were reluctant to engage with authorities due to fears over their immigration status.

The announcement means that any residents of Grenfell Tower and Grenfell Walk seeking help or offering information to authorities in the inquiries will not be subject to checks by the Home Office during this amnesty period.

“This period of leave to remain for those directly affected by the fire will provide survivors with the time to deal with the extremely difficult circumstances in which they find themselves and start to rebuild their lives while considering their future options, as well as to assist the police and other authorities with their inquiries about the fire.”

The publication states: “This guidance is intended as a short-term policy for the purposes of granting leave outside the Immigration Rules to provide support and stability whilst those directly affected by the fire deal with its immediate aftermath. It will be kept under review and will be withdrawn on 31 August 2017.”

The policy states in its intention that it believes 12 months will be enough time to give those affected “firm legal footing to access ongoing support.”

However, several people have contested the publication’s claim that 12 months is a fair time scale for the amnesty being offered.

Karen Doyle, spokesperson for Movement for Justice, described a 12-month amnesty as a “ticking time bomb”. She continued:

“Navigating the immigration system, living with constant fear of deportation and being constantly told you are a liar is itself a traumatising process. The only meaningful offer would be a complete amnesty with permanent right to remain. Let these people heal.”

“It is encouraging that the Government has announced they will not use this tragic event to run checks on the immigration status of those resident in the Grenfell tower and Grenfell walk, however the proposed 12 month discretionary leave to remain outside the rules offered does not go far enough. It is unlikely to convince those who are undocumented to engage with the authorities without any guarantee that after 12 months they will not be removed from the U.K. Further, those who are undocumented are unlikely to have the requested documentation detailed in the community newsletter to show they were resident there in the first place, notwithstanding that evidence may have been destroyed in the fire. Anything short of an offer of settlement is likely to be of limited value and is unlikely to encourage those affected to engage”.

Jenna McKinney is an asylum and immigration law specialist with over 15 years’ experience and has a broad London based practice representing vulnerable clients in all aspects of asylum, immigration and judicial review claimant matters. She specialises in representing illegal entrants, victims of torture and those detained facing removal. Jenna is accredited by the Law Society as having the highest level of knowledge, skills, experience and practice in the area of immigration law.

Duncan Lewis would like to express their most sincere sympathies to all those who have been affected by the Grenfell Tower fire. As an organisation we have raised funds and also made a significant donation in the form of clothes and other necessities to the victims and their families.

In light of the current issues, it is imperative that residents know their rights and in association with the Grenfell Legal Support (GLS) Duncan Lewis has set up two walk-in pro bono legal advice centres (addresses below) for those affected by the fire to offer free advice on all housing matters. Furthermore, Duncan Lewis can also assist with inquest, judicial review and other related legal matters.