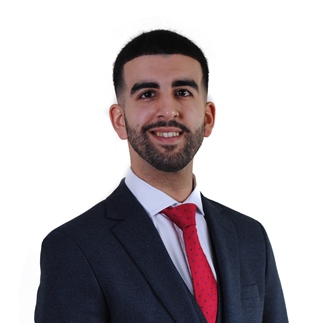 Sheroy Zaq, Public Law and Immigration solicitor at Duncan Lewis, was invited to talk on the Voice of Islam’s Breakfast Show on the 2nd November about the way that the UK government are serving decisions to detain individual EU nationals by working alongside the police and homeless charities to target those EU nationals that they suspect to be sleeping rough.

Sheroy also discusses the way EU nationals have been affected by the actions of the Home Office since Brexit. There has been a rise in EU nationals being detained, with many not being told why they are there without having met with adequate interpreters. When it comes to applying for bail, many are left with the prospect of finding themselves without a place to live since no bail accommodation is issued to EU nationals.

Sheroy highlights the increased difficulty for those seeking citizenship to have it granted due to the “good character” policy the Secretary of State uses to deny their eligibility. A previous client of Sheroy’s was denied citizenship even though he fought in the British Army as part of the commonwealth because he had a speeding offence. Some are refused simply because during the time between seeking asylum and being granted refugee status, they had no status in the UK, which the Secretary of State takes to mean that they lack respect for the UK’s immigration laws.

Please find the full interview below:


Sheroy Zaq is an accredited Level 2 Supervisor under the Immigration & Asylum Accreditation Scheme, enabling him to assist a far-reaching range of clients, for example those with physical and mental vulnerabilities. He has conducted a number of high profile claims for Judicial Review, represented claimants in administrative detention cases, injunctive relief against removal and various challenges to the policies of the Secretary of State for the Home Department. Sheroy has conducted investigative research in Bulgaria, France and Portugal in order to obtain evidence for use in claims for Judicial Review before the High Court and the Court of Appeal. He has regularly represented individuals seeking to make initial claims for asylum, in addition to conducting successful appeals against adverse decisions to the First-Tier / Upper Tribunal.

As a Legal 500 2017 recommended department of law, Duncan Lewis’ Immigration & Asylum team have extensive experience representing clients in complex cases in the First Tier / Upper Tier Tribunal of the Immigration and Asylum Chambers and the Higher Courts. The team is made up of a number of solicitors who specialise in asylum law. If you have been detained in a detention centre pending a decision, our solicitors may also be able to make an application for bail on your behalf.

If you require expert legal advice and representation in regards to an immigration and asylum law matter, call Duncan Lewis Solicitors on 0333 772 0409.