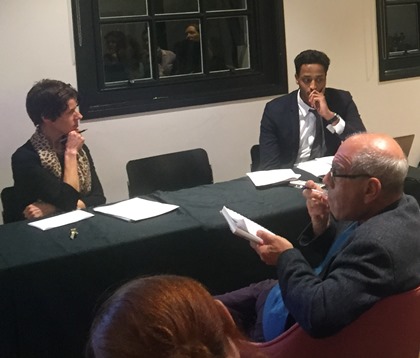 Ahmed Aydeed, a solicitor and director at Duncan Lewis Solicitors, spoke as a panel member on Medical Expert Evidence in Immigration and Public Law at a seminar held at Matrix Chambers on 30 October 2018.

Under the Detention Centre Rules 2001, within 24 hours of entering an immigration removal centre (IRC), a detainee should undergo a medical examination by a doctor. This assessment is to assess whether there are any medical concerns which would mean the individual is unsuitable for detention. If the doctor has concerns about the detainee’s health in detention, concerns that the detainee is a suicide risk, or concerns that the detainee is a victim of torture, the doctor must then report this to the Home Office via a Rule 35 report. Upon receipt of a Rule 35 report, the Home Office must then assess whether the detainee should remain in detention. There is a presumption that detainees assessed as ‘Adults at Risk’ in detention should be released from detention unless there are strong countervailing factors. The Rule 34 assessment and Rule 35 report can therefore lead to detainees being released from detention, in cases where they are unsuitable for detention.

Ahmed has represented a number of key claimants in detention claims which are as a result of failures to comply with the legal requirements set for healthcare assessments in detention.

At the seminar, Ahmed spoke about our challenge to the Home Office policy on the basis that it does not comply with the Detention Centre Rules on the provision of healthcare assessments. In a number of cases, Ahmed is challenging the policy and application of Detention Centre Rules 34 and the inadequate healthcare provided in IRCs to detainees. This litigation could have a significant impact on thousands of asylum-seekers, by compelling the Secretary of State to implement effective safe-guards against the detention of the most vulnerable individuals.

Ahmed also spoke about the issues that often occur with medical reports produced by detention centre healthcare professionals. Since Rule 35 reports are relied on when making determinations regarding a detainee’s physical and mental health, as essential evidence for any pending asylum claims, grants of bail, or any additional claims which could equate to their release, the authority of such a document is incredibly high. If the report is inaccurate or can be reasonably disputed then it can cause injustice, at the expense of the detainee’s welfare. Further, Rule 35 reports often do not contain all the information which they are required to note, and so it can be necessary to request that the reports are sent back to the doctor so that they can be completed.