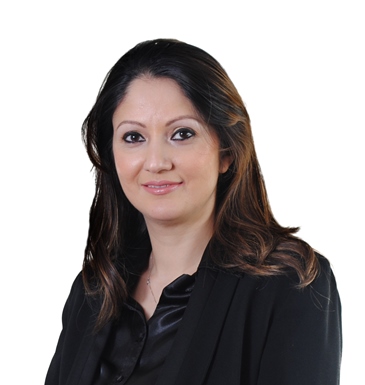 According to figures provided by immigration minister Caroline Nokes, nearly 1000 flights were booked to deport people to the Caribbean between 2015 and 2017 before they were halted in the wake of the Windrush scandal.

The figures show that 991 seats were booked, culminating in £52m spent on flights to Caribbean countries, including £17.7m on chartered flights.

The news comes following Home Secretary Sajid Javid’s revelation that at least 63 people were wrongly deported to the Caribbean – prompting a Home Office investigation. However with the number of seats booked taken into account, many are questioning whether the number of wrongly deported may actually be significantly higher.

Labour MP, Stephen Doughty voiced his concerns over the revelations;

“These are yet more shocking revelations from the Home Office over the Windrush and wider scandals.” He said “The costs involved are [also] staggering – millions are being spent on flights, both commercial and charter deportations, and we also know hundreds of individuals languish for indefinite periods in immigration detention centres, also at huge cost to the taxpayer, waiting for these flights. This is a system in crisis and in need of root and branch reform.”

The Home Office attempted to diffuse the situation by offering a somewhat disconcerting explanation for the sheer number of seats booked, suggesting that flights booked did not necessarily equate to the number of deportations due to the fact that some of the deportations may never have taken place or multiple tickets may have been booked in error. Their response is hardly a reassurance; rather it serves only to further highlight the Home Office’s on-going ineptitude as the Windrush scandal continues to develop.

If you believe that you are from the Windrush generation, without status in the UK, please get in touch with us. You may be entitled to damages for loss of earnings, mistreatment or deportation.

Author, Tamana Aziz, is a Director of Immigration specialising in Business Immigration law under the Points Based System. Recommended in Legal 500 2017 as ‘a great communicator’ and a ‘very committed’ individual in her field, Tamana has developed an expertise in dealing with complex appeals (including deportation appeals and country guidance cases) in the Immigration Tribunals, High Court, Court of Appeal and the Supreme Court. Tamana advises employers and provides bespoke training on subjects such as compliance with the Home Office’s Prevention of Illegal Working regime and how to use the online sponsorship management system. Contact Tamana Aziz on 020 3114 1130 or via email tamanaa@duncanlewis.com.

Duncan Lewis’ team of lawyers specialising in handling matters involving the Windrush scandal offer advice and assistance on a range of related matters. If you believe you have a right to be in the UK, our solicitors provide legal advice and we might be able to secure compensation for you. We regularly represent individuals who are treated unlawfully by the UK Government. For example, we act for Albert Thompson, whose case sparked national awareness of the Windrush Scandal.

Unfortunately, for some people the Government admission comes too late, they have already been affected. If this applies to you, or someone you know, you may be eligible for compensation for loss of earnings, stress and inconvenience.

Please get in touch with our lawyers specialising in Windrush cases: