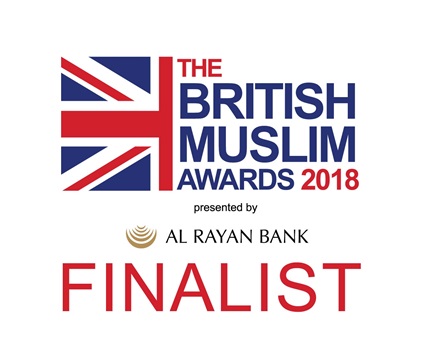 Duncan Lewis Solicitors is proud to announce that Immigration solicitor, Javeria Ijaz, has been shortlisted as a finalist for the award for Services to Law at the British Muslim Awards 2018. The awards ceremony will be presented by Al Rayan Bank on 31st January 2018 at the Bradford Hotel in Bradford. These awards aim to acknowledge and honour British Muslims across the UK whose achievements set them out as the best in their industry.

Javeria Ijaz has been a solicitor in Immigration Law at Duncan Lewis Solicitor’s Birmingham branch since August 2015 where she supervises a number of solicitors, trainees and caseworkers. Javeria has 10 years’ experience specialising in a wide range of substantive Asylum, Human Rights and Immigration Law matters which has seen her recognised as a finalist in this years’ British Muslim Awards.

Javeria is an experienced advocate in conducting appeals at the First-Tier Tribunal of the Immigration Asylum Chamber. She has significant expertise advising on many aspects of Immigration, Nationality, Asylum and Human Rights areas with a particular emphasis on assisting vulnerable asylum seekers, victims of domestic violence and trafficking, as well as unaccompanied asylum seeking children in social care.

Previously Javeria worked at the UK Border Agency (UKBA), which as a solicitor enables her to challenge decisions brought by the UKBA using her extensive experience dealing in asylum matters. She also provides advocacy on behalf of clients seeking asylum in the UK before the UK Immigration and Asylum Chamber (IAC). As an established Immigration solicitor at Duncan Lewis, she works with both privately and publicly funded organisations across the West Midlands.

The British Muslim Awards 2018 is set to be the 6th annual event celebrating British Muslims who have excelled in their contribution to services in the UK. Shortlists are compiled based on a public vote, highlighting those who the public have deemed deserving of recognition. Javeria will attend alongside other innovators in business, charity, sports, arts and culture as a finalist in the award for Services to Law.

“As a British Muslim Woman I am honoured to have been nominated and considered as a finalist in the British Muslim Awards 2018 for my contribution to ‘Services to Law’. I am deeply humbled to have received recognition as an ethnic minority in todays’ Britain and through this remarkable platform aim to celebrate lawyers that although contribute in serving the Law and Society as a whole, are often found under the radar. I feel proud I have three identities, a Woman, a Muslim and a Lawyer, and as a finalist I am able to celebrate all three together through this award.’’