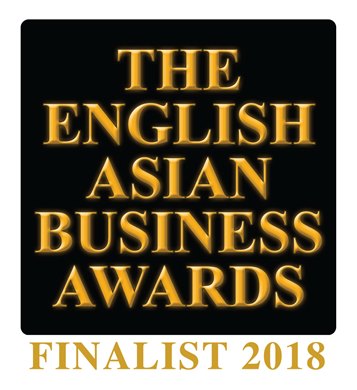 Duncan Lewis Solicitors is proud to announce that Immigration solicitor, Javeria Ijaz, has been shortlisted for the Rising Star in Law award at the 7th English Asian Business Awards 2018. The awards ceremony will be presented on the 17th of July at the Mercure Manchester, Piccadilly Hotel, Manchester. These awards aim to celebrate and showcase the achievements of Asian men and woman who greatly contribute to their industries.

Javeria Ijaz has been a solicitor in Immigration Law at Duncan Lewis Solicitor’s Birmingham office since August 2015 where she supervises a number of solicitors, trainees and caseworkers. Javeria has 10 years’ experience specialising in a wide range of substantive Asylum, Human Rights and Immigration Law matters which has seen her recognised as a finalist in this years’ English Asian Business Awards.

Javeria is an experienced advocate in conducting appeals at the First-Tier Tribunal of the Immigration Asylum Chamber. She has significant expertise advising on many aspects of Immigration, Nationality, Asylum and Human Rights areas with a particular emphasis on assisting vulnerable asylum seekers, victims of domestic violence and trafficking, as well as unaccompanied asylum seeking children in social care.

Previously Javeria worked at the UK Border Agency (UKBA), which as a solicitor enables her to challenge decisions brought by the UKBA using her extensive experience dealing in asylum matters. She also provides advocacy on behalf of clients seeking asylum in the UK before the UK Immigration and Asylum Chamber (IAC). As an established Immigration solicitor at Duncan Lewis, she works with both privately and publicly funded organisations across the West Midlands.

The English Asian Business Awards have been running a campaign asking people to vote via the website, email and through social media. Javeria was shortlisted based on the votes she received from the public.

The awards have become instrumental in maintaining the social and professional relationships between different cultures. Javeria is nominated alongside those from private companies and the public sector, of candidates across a wide variety of ethnicities and cultures.

“I am humbled to have been nominated as one of the finalists in these awards. Working for Duncan Lewis Solicitors I have been able to work from a platform enabling me to serve both corporate entities and private individuals in Immigration and Human Rights work.

"I work for a firm that has the Investors in People Gold Quality Standard Mark and is recognised by Legal 500 as a Top Tier firm for its immigration and human rights work. I intend to continue my work in this manner and help many more vulnerable and deserving individuals going forward.”

Duncan Lewis Solicitors, established in 1998, is a national law firm serving both corporate entities and private individuals from 52 offices across London and throughout the UK. In 2009 Duncan Lewis was the first law firm in the UK to achieve the Investors in People Gold Quality Standard Mark and is recognised by Legal 500 as a Top Tier firm for its immigration and human rights work.