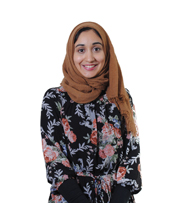 The Appellants in this application are children of the sponsor - their mother, a dual national of Palestine and Syria – from her first marriage in Gaza. The sponsor was forced to flee from her first husband due to incidents of domestic violence, leaving her three children (the Appellants) behind, and she returned to Syria. She subsequently remarried in Syria and had two children with her second husband.

The sponsor and her new family were living in Syria, but as the civil war began to escalate in 2014, she and her family fled Syria over concerns for their safety. They left Syria on 27 December 2014 and travelled to Turkey.

Whilst in Turkey, an organisation met the sponsor and facilitated communication with United Nations High Commissioner for Refugees (UNHCR) due to the severity of their situation. The family were then accepted for resettlement in the UK on the basis of their medical conditions and their poverty. They eventually learned that they had been afforded humanitarian protection by the United Kingdom.

The sponsor and her children arrived in the UK on 15 or 16 December 2015. The family were granted humanitarian protection by the SSHD when they arrived in the UK. They are settled in a council property in Cambridge, where they continue to reside, and are being supported by the charity, Cambridge Refugee Resettlement Campaign.

The Appellants are still living in a precarious situation in Gaza. They are living in acute poverty and are at risk from their father who physically abuses them. He is also not supporting them and he is not providing them with food, daily necessities, or financial support. They are further at risk of indiscriminate violence as a result of the severe political, security, and humanitarian situation in Gaza.

An application for family reunion was submitted to the UK Visas and Immigration agency (UKVI) on 2 May 2019 on the basis of para 352D of the Immigration Rules for the third Appellant (as a minor), and under Article 8 ECHR for the first and second Appellants (on the basis of compelling circumstances, inter alia, living in a conflict zone and being at acute risk of harm). The Appellants were interviewed and had their biometrics taken in UKVI’s processing centre in Gaza on 9 June 2019.

On 5 July 2019 the application for family reunion was refused for all of the Appellants. The Appellants were granted an out of country appeal right.

On 1 August 2019 an application was made by the sponsor’s legal representatives to appeal the decision to the First-tier Tribunal (FtT). Separate applications were made for each Appellant to the FtT in light of the Respondent’s decision to provide separate decisions for each Appellant. In our covering letter we requested urgent expedition of the hearing on the basis of the compelling circumstances of the case and the risk of life to the Appellants.

Representation
The Appellants are represented by Immigration caseworker Anisa Ali and Kate Macpherson (no longer with the firm) of the Luton office. Counsel for this case hearing was Miran Uddin from No.5 Chambers.